Image Credit: "Beta-Amyloid Plaques and Tau in the Brain" by National Institutes of Health (NIH) is licensed under CC PDM 1.0
By Jocelyn Solis-Moreira

A cold sore is the gift that keeps on giving. Unfortunately, the gift is unwanted with no return policy. While cold sores appear from time to time, it is tempting to categorize an unsightly blemish as a harmless cosmetic problem. However, a study published in Science Advances has just discovered a link between the Herpes virus that causes cold sores and Alzheimer’s disease.

Oral herpes, also known as cold sores, is an infection caused by the Herpes simplex-1 virus that creates blisters around the mouth area. Cold sores are extremely contagious if there is physical contact with an infected person. This can happen through kissing and sharing of personal items. Because of the ease of transmission, cold sores are a common form of viral infection.

Cold sore outbreaks vary from person to person, and certain triggers can increase the chance of cold sore coming back more frequently. Triggers include but are not limited to: stress, putting injury to the area, fatigue, allergies, menstrual periods, and being sick. While we know what triggers a cold sore, we don’t know much about what other effects cold sores can have on our health. Scientists from MIT and Tufts University investigated if the herpes simplex-1 virus could cause Alzheimer’s disease.

Alzheimer’s disease causes a protein called amyloid to build up in the space between brain cells. Over time, the proteins cause brain cells to die by clumping up into amyloid plaques. Another hallmark of Alzheimer’s disease are knots in the brain. Normally, a protein called tau is important in moving things across the cell. But with Alzheimer’s, abnormal tau proteins stick together and create knots between brain cells. These knots block communication between cells and decrease brain activity. This makes it hard for cells to retain information and store them into memory. 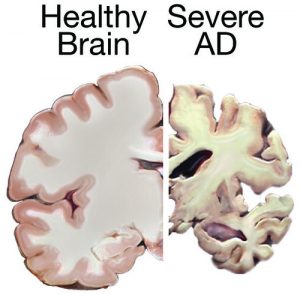 In this study, the researchers transformed human skin cells into brain cells. From there, they created 3D brain models that mimicked human brain tissue. They grew brain cells in the pores of a sponge and allowed them to make connections with each other as they would in a real brain. Different amounts of the Herpes Simplex-1 virus were injected into brain tissue and at high injection levels, cells died. At low levels of viral injection, cell structure changed and was similar to the cells in Alzheimer’s patients.

To see whether amyloid plaques formed in the herpes-infected brain tissue, the team inserted a dye that gave off light when it came across clumps. Brain tissue was injected with low levels of the herpes virus for 3 days before being stained with the dye. As the cell structure changed, the dye emitted light which suggested the presence of the amyloid protein. They did further testing to see if this amyloid protein was defective like in Alzheimer’s disease, and found high levels of a substance called Aβ1–42. This abnormal protein  is known to lead to abnormal amyloid proteins. 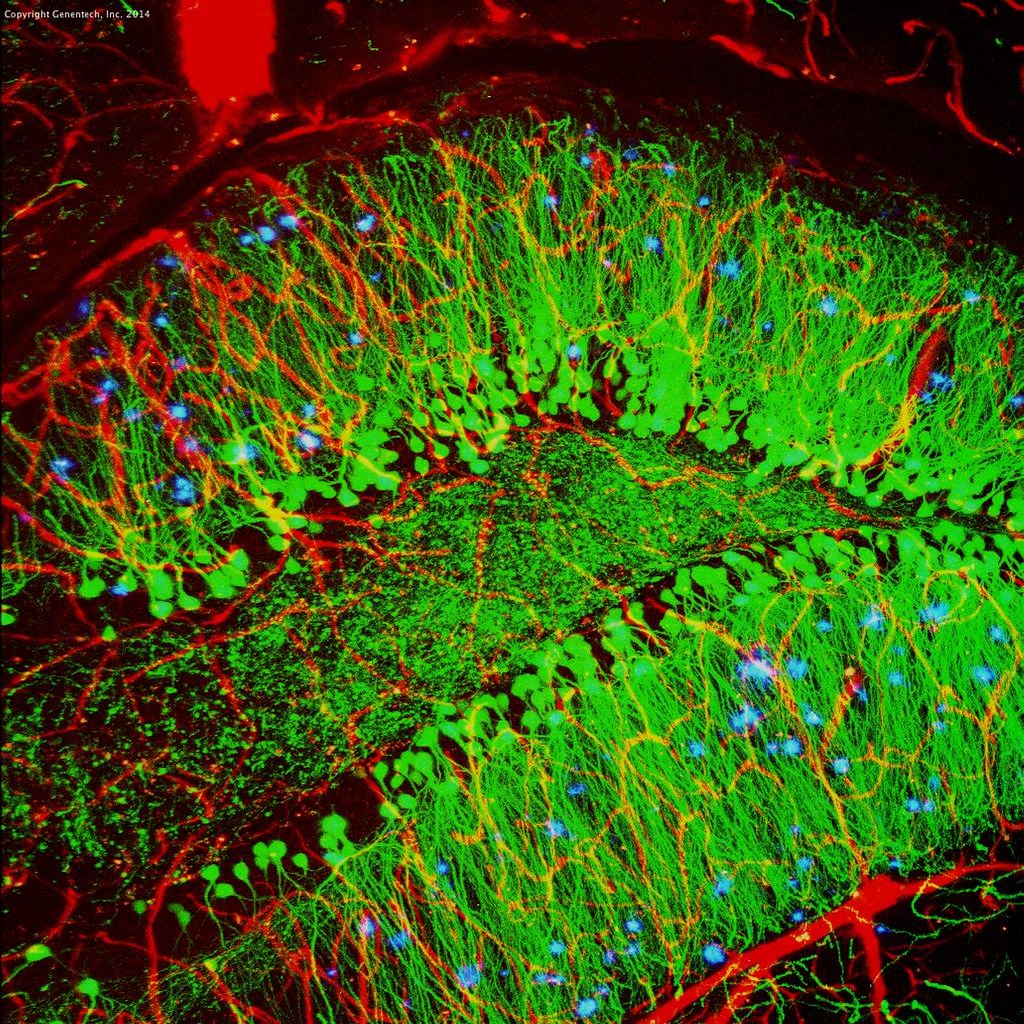 “Brain showing hallmarks of Alzheimer’s disease (plaques in blue)” by National Institutes of Health (NIH) is licensed under CC BY-NC 2.0

The team then turned towards finding knots in the brains. The team injected an antibody into both a diseased and healthy brain tissue. The antibody binds with abnormal tau proteins, and the binding can be later seen through staining. They found staining for the tau protein, which suggested the presence of neurofibrillary tangles.

Alzheimer’s is also associated with increased inflammation. In the presence of infection, the body’s immune system reacts by sending out its first responders to defend against it (inflammatory response). But with incurable diseases, the inflammatory response doesn’t go away, leaving the body in a constant state of high alert. The researchers stained both infected and uninfected brain models for markers of inflammation and found high levels of a signaling molecule that promotes inflammation, TNF-α, in the brain cells with herpes.

It’s scary to think that a common viral infection could trigger such a dangerous disease. However, the study provides a glimpse of hope in preventing Alzheimer’s. When scientists injected an antiviral drug into the infected brain, they found reduced amounts of herpes infection, plaques, and inflammation.

The nuance of mask effectiveness Statistical calculations using past laboratory data show that the effectiveness of masks likely depends on virus type, virus concentration in the environment, and the type of mask.

Featured image credit: "Beta-Amyloid Plaques and Tau in the Brain" by National Institutes of Health (NIH) is licensed under CC PDM 1.0