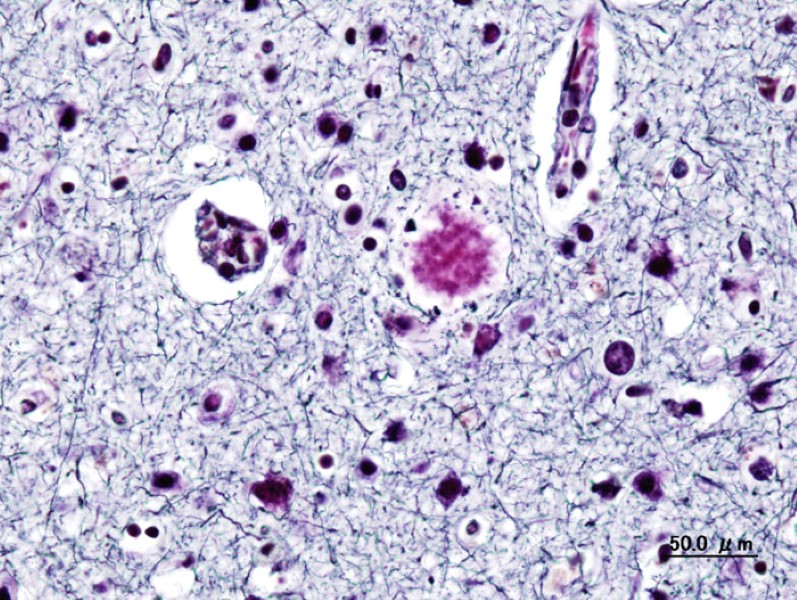 Alzheimer’s disease (AD), is a chronic neural disease which slowly degrades the nervous system. Millions of people worldwide are affected by this disease, in particular those 65 and older. The disease may start a decade before the signs are evident, with a display of early symptoms such as difficulty in remembering recent events. The disease progresses towards problems with language, disorientation, mood swings, and not managing self care, which can lead to withdrawal from family and society. Gradually, bodily functions are lost, which ultimately results in death. As the disease progresses, affected people increasingly rely on others for assistance, often placing a burden on the caregiver, which may last years. In developed countries, AD is one of the most psychologically, socially and financially costly diseases.

The Lancet Commission on Dementia Prevention and Health Care reported that around 47 million people have dementia worldwide, and is projected to triple by 2050. The global cost of dementia in 2015 was estimated to be $818 billion.

However, little is still known about the causes of Alzheimer’s and the factors that reduce the onset of the disease. If scientists can understand the cause of Alzheimer’s, it could help them narrow down preventive strategies that can be further tested, as well as find a treatment that may stall the progression or reverse the course of the disease.

Alzheimer’s disease is believed to be caused by aggregates of proteins that become abnormally folded and stuck together (called amyloids), an increase in inflammatory responses in the brain, and altered/reduced integrity of the blood brain barrier.

One cause of increased inflammatory responses may be bacterial infection which is very rare, as our brain is especially safeguarded. Previous researchers have found bacteria in brain tissue by looking at tissue samples under the microscope trying to find microbes. However, these studies only focused on bacteria that are common in clinical settings and observations were not done in a systematic way and not very thoroughly. This time, the researchers in this study wanted to carry out a more comprehensive survey of the bacteria that may be present inside the brain. Perhaps, by looking for more details, they could find new bacteria, and see if some had more chances of finding their way to the brain than others.

For this, they decided that instead of viewing cells under the microscope, they would try to find bacterial DNA from frozen samples taken from Alzheimer’s patients to determine if bacteria were present and who they were. They looked for a specific bacterial gene: a small sub-unit of the ribosomal RNA gene. This gene is part of the bacterial cell’s ribosome, which is in charge of making protein. RNA genes are essential to the bacterium’s life and has to be present in every bacterial cell. Like a barcode to a supermarket vegetable, the DNA sequence they carry can tell scientist what species of bacteria they belong to.

The researchers found that Actinobacteria sequences were higher than normal. In particular, Staphylococcus and Propionibacteriaceae were present in above average quantities. Propionibacteria are typically found on human skin and in the mouth and live under good terms with us with possible health benefits. Propionibacteria can be such good friends that they can be important in the fermentation of some cheeses, for example. However, in people with previous diseases or injuries, in which the immune system is weak or distracted, Propionibacteria can grow more than normal, in which case it becomes an infection. In this study, it appears that Propionibacteria pass through the body’s checkpoints into the brain, and possibly cause an inflammation response that may contribute to Alzheimer’s. Age may also contribute to a chronic inflammatory response, as the immune system changes over time, which can result in an exacerbated response to infiltrating bacteria. Previously analyzed brain tissue from Alzheimer’s patients was found to host bacteria similar to those typically found in the mouth. In fact, previous studies do see a link between poor oral hygiene and increased risk of dementia.

The authors suggest that, to understand the relationship between AD and bacterial infection, more studies that use the DNA survey techniques should be performed. Studies could include patients with and without gum disease, or infectious diseases where previous bacterial infections have been documented, to understand the link between disease outside of the brain and presence of bacteria in AD. In addition, while this study looked at markers of bacteria known to be living on humans or infecting humans, an even more comprehensive survey that examines the totality of known bacteria would give researchers more information to interpret.

Thanks to DNA sequencing technology, scientists are able to better understand the connection between bacteria and humans. Complex diseases often require the collaboration of different fields of science, and this is an example of how technology, microbiology and neuroscientists work together to untangle a problem. The results from this study are both intriguing and exciting for the entire Alzheimer’s community. Much more information is surely coming our way to provide more clues on how to live longer and healthier lives.