Pregnancy is like a game of chance. For some couples, it’s easy to conceive, and for others it seems nearly impossible. Nowadays, couples who have trouble conceiving can improve their odds through fertility treatments such as in-vitro fertilization (IVF). But these methods aren’t always 100% effective. Why are some couples more successful than others? According to research published in Proceedings of the Royal Society B: Biological Sciences, this may be a discussion between a woman and her ovaries.

Becoming a parent is a huge decision and ovaries want a voice in the selection of potential fathers. At least, that was the prediction of researchers at Stockholm University and Manchester University. This hypothesis may seem odd, but it was based on the unusual fertilization strategy in mussels.

Mussels (pictured below) employ an unusual fertilization strategy by releasing eggs and sperm into the ocean which fertilizes the eggs when they bump into the sperm. However, according to the theory of sexual selection, this random mating wouldn’t be advantageous for mussels. Like humans, mussels want to mate with the best partner. Partners with desirable and inheritable traits (traits that can be passed on) would give their offspring the best chance of survival.

Since mussels aren’t present during insemination, their eggs have evolved to become selective in the sperm that fertilizes them. Mussel eggs release a substance called chemoattractants that can alter a sperm’s swimming patterns. If the egg notices a sperm from a highly desirable male, it will chemically communicate with the sperm to come towards it. On the other hand, if a sperm from a less attractive male approaches, the egg will send out chemical signals telling the sperm to stay away. 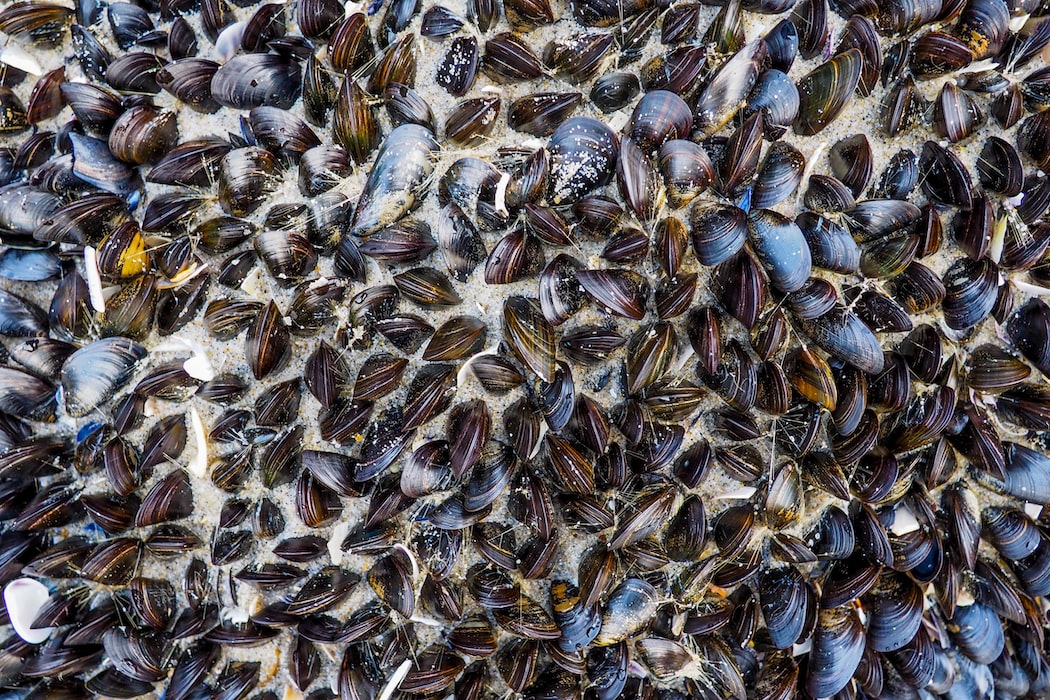 Yes, we definitely meant these kind of mussels, like from the ocean. Source: Unsplash by Peter Secan

Unlike mussels, humans have the opportunity to meet their partner before deciding on intercourse. If that’s the case, humans wouldn’t need eggs sending out chemical signals to sperm. But even if a woman has made her decision, what if her egg doesn’t agree? In this study, researchers wanted to see if a woman’s infertility could be due to eggs chemically repelling ‘unworthy’ sperm.

Sperm samples and follicular fluid (a type of sperm chemoattractant released by female eggs) were collected from 60 couples undergoing fertility treatment at St. Mary Hospital in England. Patient information was also recorded, including the type of fertility treatment, the number of fertilized eggs, and the treatment’s success in pregnancy and birth. Infertile men were excluded from the study because they wouldn’t be able to produce enough sperm for the experiment.

The researchers wanted to see if chemical signals from eggs influenced where sperm would go. Sperm was placed in a petri dish with 2 microliters of follicular fluid from their partner and a non-partner. However, in real life, sperm wouldn’t be in two women at once. To simulate biological conditions, the next experiment had a separate set of sperm samples in a petri dish with either their partner’s or a non-partner’s follicular fluid. This was then followed by a control, which was a solution of sperm without follicular fluid.

In both experiments, the egg’s chemical signals showed no preference for their partner’s sperm. Sperm gathered around both the partner’s and non-partner’s follicular fluid. To ensure the results weren’t because of faulty sperm, researchers observed the performance of 12 sperm samples. They found no difference in swimming ability, swimming speed, and the sperm’s responsiveness to chemical signals. The researchers conclude that like mussel eggs, human eggs are making a post-mate choice. This is because the study found eggs choosing to reject sperm despite females already making the decision to copulate with a specific partner.

According to researchers, the results challenge the traditional view of chemoattractants only being used to guide sperm towards eggs. Chemoattractants may also be involved in selecting preferred sperm. With these findings, researchers are hopeful that future research will focus on how to manipulate chemoattractant signals to prefer their partner’s sperm. In addition, the findings may provide a possible explanation for couples whose fertility issues are unexplained.

Scientists debunk what we knew about sperm movement New research finds we were looking at sperm all wrong. For 350 years, scientists believed sperm wiggled their tails side-by-side to create a whip-like motion. Using 3D technology, a study found sperm actually move by rolling around and spinning their heads like tops.

A new model for predicting human population growth Scientists at University of Washington have attempted to improve upon previous population models developed by the United Nations and the Austrian Wittgenstein Centre by using different calculation techniques for two key factors - fertility and migration.

The study was done at: Stockholm University and the University of Manchester

The study was funded by: Manchester University NHS Foundation Trust, The University of Manchester, the National Institutes of Health Research, Knut and Alice Wallenberg Academy, Swedish Research Council, and a Wenner Gren Postdoctoral Fellowship for one author.