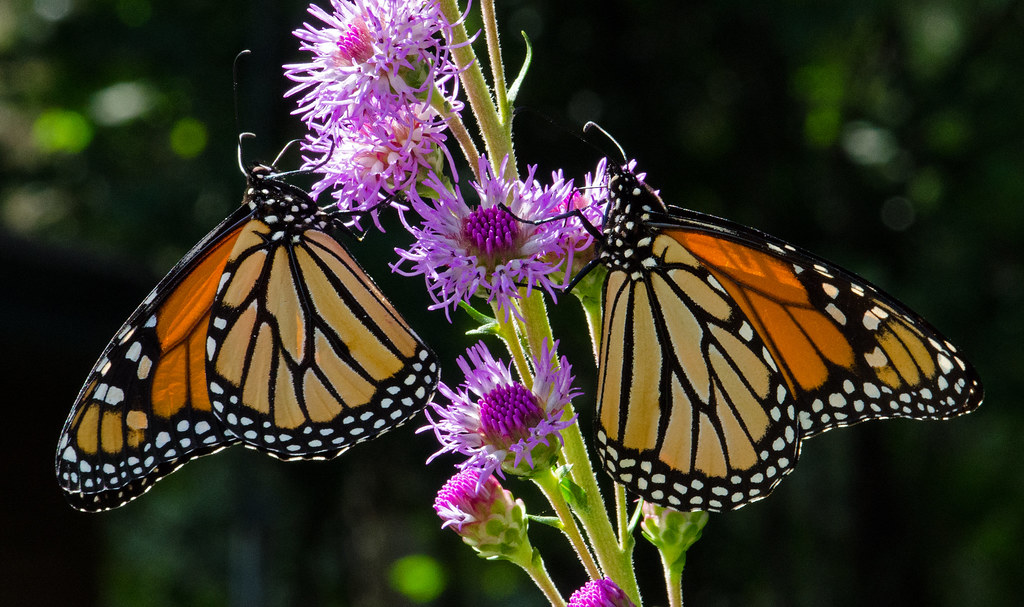 Have you ever raised monarch butterflies? Finding eggs on milkweed plants and bringing them indoors to protect them from predators while at the same time watching the beauty of their transformation is a common childhood experience for people in North America. Stemming from the desire to understand and educate people on the life cycle of the butterfly, this classroom and citizen science project has evolved into a national effort to rehabilitate the dwindling populations of monarch butterflies.

Monarch populations have declined almost 80% in the past decade, and although they are making a comeback, the insect has still not fully recovered from threats like habitat loss and climate change. This well-intentioned activity of raising the butterfly has fostered a love of the creature and has most definitely helped in their recovery simply because of people’s desire to help them. Milkweed is planted, citizen science projects like Mission Monarch and Monarch Watch have flourished, but the impact of captivity on the butterfly is still unknown.

A graduate student from the University of Chicago wanted to shed some light on this unanswered question, by looking for differences in commercially bought monarchs and those she caught in the wild.

The team of scientists bought North American adult monarch butterflies from a commercial supplier and caught wild butterflies in early summer. They raised their offspring for two generations (resulting in a summer group & an autumn group) in outdoor insectaries – outdoor gardens enclosed by a fence to protect from predators.

For each group, they tested their flight behaviour in a common insect flight simulation, where insects are placed in a tube connected to a computer that tracks movements. For this simulation, each butterfly was tethered to a pole and their average flight direction was recorded. Then after taking observations and collecting information from the different populations, they sequenced their DNA to identify any genetic difference between the groups.

Starting with the summer group, they found that offspring from commercial butterflies and the wild caught butterfly offspring flew in random directions, so there was no real difference in their flight behaviour. When they looked at their DNA however, the two samples had very different genetic makeup.

When autumn came around, the wild butterflies flew towards the south as expected, because this generation would have been the migratory group, a behavior you’d expect to see naturally. But, the commercial butterflies still flew in random directions. After the flight simulation, they looked at this generation’s DNA and again they found that there was a difference in the genes between wild caught offspring, and the commercially sourced offspring.

Although they were not able to pinpoint the exact gene associated with migration in monarchs, they believe that captive-bred butterflies have for some reason or another, lost their migratory behaviour. These monarchs are similar to those that are found in temperate regions of the globe. The butterflies living on the islands of Hawaii, for example, don’t migrate because they don’t need to – their winter season is still warm.

Interestingly, when mimicking natural conditions and raising wild monarchs indoors, offspring also struggled to migrate. What’s more, the learning process was still disrupted even when offspring were raised almost completely outside and only brought indoors for a few days to protect them from frost.

Both of these discoveries show that the mechanism of migration is extremely fragile. The study suggests that monarchs bred in captivity have lost the need to migrate, meaning that it might be necessary to have a migratory generation each year to encourage the trait in subsequent generations. Further, butterflies raised indoors are not great migrators, leading to the belief that monarchs need environmental cues, like sun movements, or constellation patterns etc, throughout their entire lifecycle to force the autumn generation to start the journey south.

These results are significant because it shows that migration is a finicky phenomenon and is easily lost. If we release monarchs that are unable to migrate, this will hurt the species overall recovery because they will mate with wild individuals. The problem with this is that if the commercial bred monarchs have genes that make them bad migrators, it is possible that these genes might be transferred to wild monarchs offspring if they mate with wild individuals. If this happens, migration might eventually cease to exist.

Although the act of raising monarchs has been a relatively positive activity because it has led to a desire to protect the insect, the researchers state that it is important to understand and think about the effect we have on wildlife. It is possible that by raising monarchs indoors, we are inhibiting them from their natural environmental life cycle, and as a result, they might lose their ability to migrate south – a crucial step in their life cycle.

We don’t need to completely stop raising monarchs, but we should raise those that are found in the wild instead of buying them, and raise them in an outdoor environment. Building an outdoor enclosure would protect them from predators while still providing the environmental cues needed for their migration. Next time you see a monarch, appreciate their beauty, remember to help caterpillars to milkweed plants, and if raising them, keep their environmental as natural as you can get.