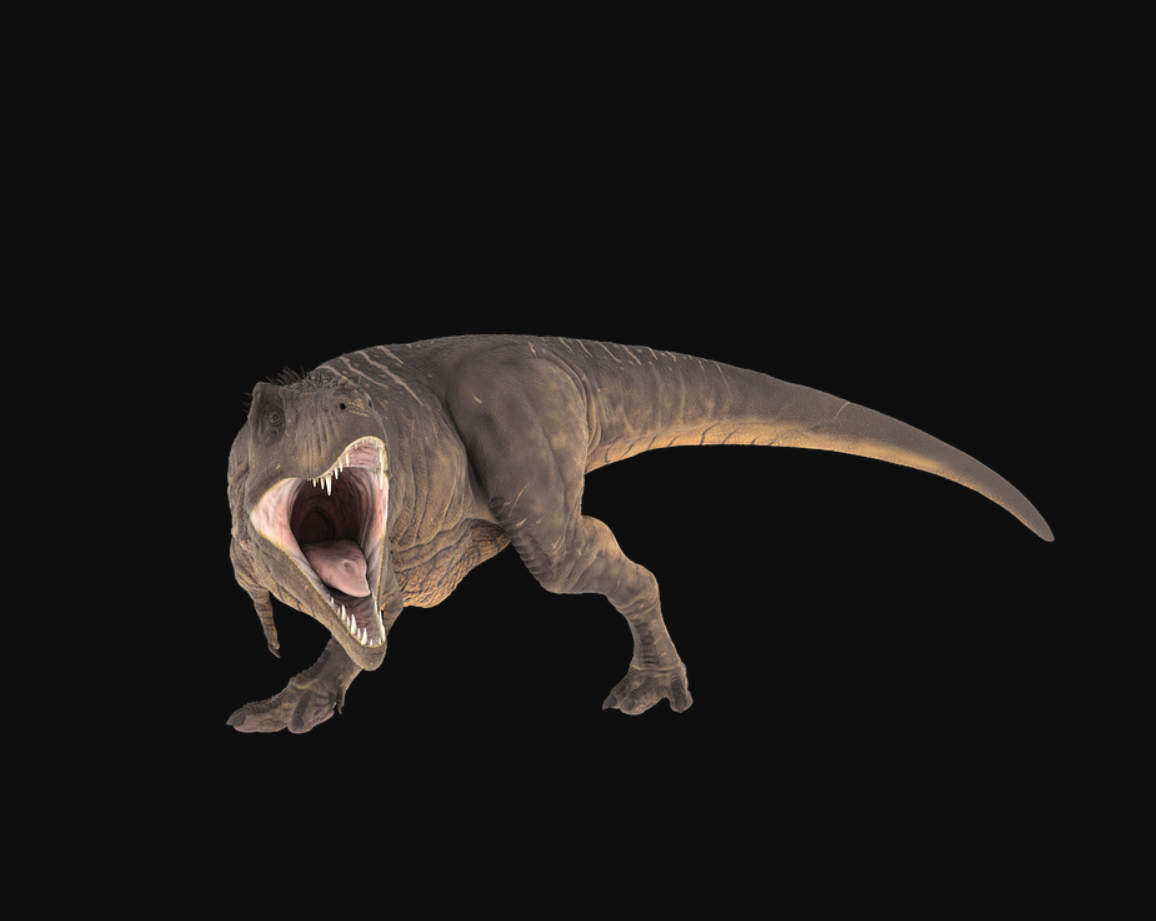 The one of the largest land predators to have ever lived, the mighty Tyrannosaurus rex, just crowned a new king. On March 21st, a team of University of Alberta scientists described the oldest and largest T. rex ever found. The specimen, dubbed “Scotty”, was originally found in 1991. However the fossils, encased in sandstone, proved too hard to remove until 2012 when it was fully recasted. Not every organism will fossilize after they die. Often they will decompose before the fossilization process can begin. After millions of years of being subject to environmental forces, many fossilized bones break down and become unrecoverable. Scotty’s unearthed fossils reveals a fairly complete set of bones including a hips, limbs, and a complete skull, but for a complete, set paleontologists still had to use what they knew about T. rex anatomy to fill in the blanks. This allowed paleontologist Scott Persons, and his team, to measure Scotty’s body and determine its size, age, and even habits with good certainty.

By comparing the size of bones to body weight in modern living animals, paleontologists can estimate the total weight of a long dead organism by looking at fossil sizes. Using this method, Scotty was estimated to weigh in at almost 8900 kg (or nearly 10 tons, the weight of 5 compact cars). For comparison the previous T. rex heavyweight champion, named “Sue”, weighted nearly 400kg (880lbs) less, and the average T. rex weight is usually between 4,500 and 7,200kg (5 to 8 tons). Just like people, T. rex came in different body types, from thin and lean to large and meaty. It’s clear the Scotty was a robust individual, but was he as robust as they came?

When fossils are found, scientists are looking at a very small slice of Earth’s history. Just like how many bones of an individual don’t fossilize, many individuals and even entire species may not fossilize. If they do, they may be so warped by the time they are found that we can’t learn anything from them. This is what’s called a “fossil bias” where we can only learn from what we have, and what we have might not accurately represent history. When it comes to fossils, larger specimens are easier to fossilize, find, and recover, and so they become more common for paleontologists to find. But this also works in the opposite direction. The largest species are often rare when they were alive, so finding them in the fossil record is even more rare. So while we do know that Scotty was likely the largest T. rex we’ve ever found, it’s difficult, if not impossible, to tell if he was really the biggest a T. rex could get.

Perhaps Scotty wasn’t the biggest T. rex ever, but he was certainly a fighter. When damaged, bones will scar, and these scars keep through the fossil record so we can actually tell how often an organism might have been in a fight. Scotty has, among his broken rib and infected jaw, several  T. rex bite marks on his tail which imply he got in fights other T. rexes. Further, the age of a dinosaur can be determined like the age of a tree. By counting the rings in their bones, you can get the exact age of a dinosaur before it died. Using this method it looks like Scotty lived to the ripe-old age of about 28, an age that, for a T. rex, is actually quite old. T. rex usually lived to about 20 to 30 years old. Maybe Scotty wasn’t the oldest, or the strongest, or the biggest T. rex who ever existed, but discovering him  does help us to understand the extremes that animals  could reach. There is always a chance we will unearth even larger fossils, but for now,  Scotty is the king of kings.

The study was done at: Department of Biological Sciences, University of Alberta