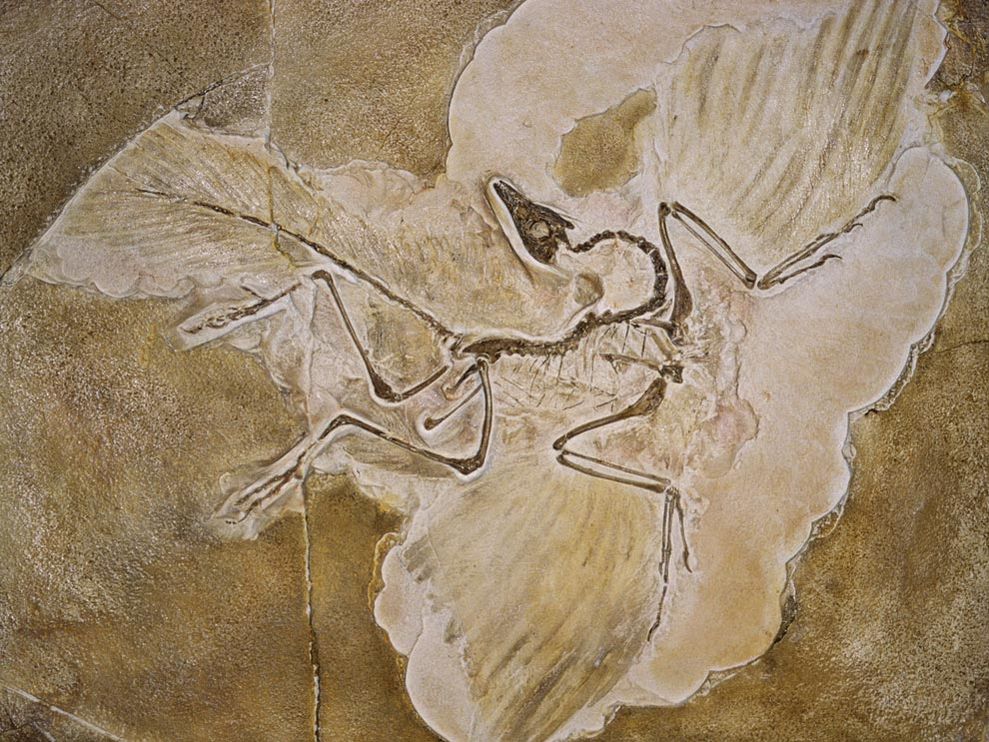 A study that has ‘weighed’ hundreds of dinosaurs suggests that shrinking their bodies may have helped the group that became birds to continue exploiting new ecological niches throughout their evolution, and become hugely successful today.

An international team, led by scientists at Oxford University and the Royal Ontario Museum, estimated the body mass of 426 dinosaur species based on the thickness of their leg bones. The team found that dinosaurs showed rapid rates of body size evolution shortly after their origins, around 220 million years ago. However, these soon slowed: only the evolutionary line leading to birds continued to change size at this rate, and continued to do so for 170 million years, producing new ecological diversity not seen in other dinosaurs.

‘Dinosaurs aren’t extinct; there are about 10,000 species alive today in the form of birds. We wanted to understand the evolutionary links between this exceptional living group, and their Mesozoic relatives, including well-known extinct species like T. rex, Triceratops, and Stegosaurus,’ said Dr Roger Benson of Oxford University’s Department of Earth Sciences, who led the study. ‘We found exceptional body mass variation in the dinosaur line leading to birds, especially in the feathered dinosaurs called maniraptorans. These include Jurassic Park’s Velociraptor, birds, and a huge range of other forms, weighing anything from 15 grams to 3 tonnes, and eating meat, plants, and more omnivorous diets.’
The team believes that small body size might have been key to maintaining evolutionary potential in birds, which broke the lower body size limit of around 1 kilogram seen in other dinosaurs.

‘How do you weigh a dinosaur? You can do it by measuring the thickness of its leg bones, like the femur. This is quite reliable,’ said Dr Nicolás Campione, of the Uppsala University, a member of the team. ‘This shows that the biggest dinosaur Argentinosaurus, at 90 tonnes, was 6 million times the weight of the smallest Mesozoic dinosaur, a sparrow-sized bird called Qiliania, weighing 15 grams. Clearly, the dinosaur body plan was extremely versatile.’

The team examined rates of body size evolution on the entire family tree of dinosaurs, sampled throughout their first 160 million years on Earth. If close relatives are fairly similar in size, then evolution was probably quite slow. But if they are very different in size, then evolution must have been fast.
‘What we found was striking. Dinosaur body size evolved very rapidly in early forms, likely associated with the invasion of new ecological niches. In general, rates slowed down as these lineages continued to diversify,’ said Dr David Evans at the Royal Ontario Museum, who co-devised the project. ‘But it’s the sustained high rates of evolution in the feathered maniraptoran dinosaur lineage that led to birds – the second great evolutionary radiation of dinosaurs.’

The evolutionary line leading to birds kept experimenting with different, often radically smaller, body sizes – enabling new body ‘designs’ and adaptations to arise more rapidly than among larger dinosaurs. Other dinosaur groups failed to do this, got locked in to narrow ecological niches, and ultimately went extinct. This suggest that important living groups such as birds might result from sustained, rapid evolutionary rates over timescales of hundreds of millions of years, which could not be observed without fossils.

‘The fact that dinosaurs evolved to huge sizes is iconic,’ said team member Dr Matthew Carrano of the Smithsonian Institution’s National Museum of Natural History. ‘And yet we’ve understood very little about how size was related to their overall evolutionary history. This makes it clear that evolving different sizes was important to the success of dinosaurs.’

Dinosaur–bird link Revealed By Wrist Bone Development During the millions of years that elapsed, wrists went from straight to bent and hyperflexible.