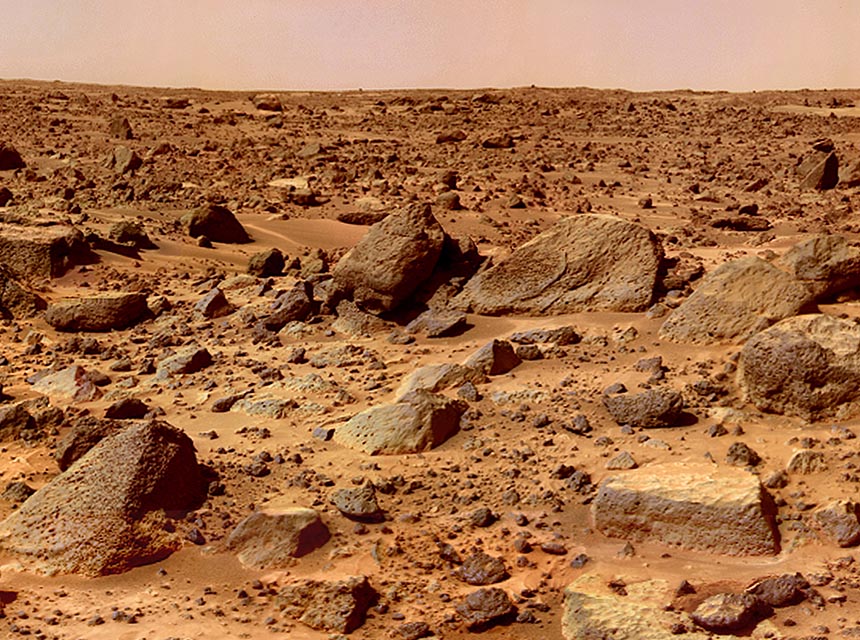 Here on Earth, scientists study layers of sediment like dirt and sand to better understand how rocks form. The same contextual clues geologists use to explain how sedimentary rocks form on Earth can also be applied to extraterrestrial planets. Recent studies of Mars, for example, have looked at photos of sedimentary rocks to determine how geologic forces like erosion, wind, and even water have changed through time. The goals of a recent paper were to use surface images to reconstruct the past history of a section of the Martian surface.

In order to measure how the water level has changed along the surface, the authors studied images taken from the Mars Reconnaissance Orbiter to see how the rocks change throughout a section of exposed rock. These images focused on rock formations along the Jezero crater on the Martian surface – a site that once had moving water. At some point in the past, water left a valley that entered the crater in the west and exited in the east. Near the western valley, a series of measurements and calculations were made to interpret the flow and the record of sediment being deposited within the crater.

The paper is based on the idea that different environments will deposit different types of structures in the rock record. For example, a river that curves a lot will have deposits on the inside of the curve and areas along the outside of the curve where erosion is much more prevalent due to a faster flow. A faster moving force of water will carve deep V-shapes into previous sediments in what is called an incised valley. Both of these were seen along the Jezero crater and were used by the authors to reconstruct the early conditions along the surface.

The images from the Mars Reconnaissance Orbiter were studied by the authors using imaging and mathematical analysis. As the authors found more clues across the section of the Jezero crater, they noticed that both the images and mathematical models indicated that the environment and water flow were very similar to river systems here on Earth. Old rivers would meander—twist and turn—into the crater, be abandoned as new channels were created, and empty into a lake toward the crater’s center. These geological signatures were repeated in patterns up the sides of the crater wall as the rivers, river channels, and shoreline were formed further away from the center as it filled with water.

How would this have been different on Mars? Mathematical equations used in this study were formulated here on Earth for our gravity, water viscosity, and atmospheric conditions (e.g. air pressure). Mars, while very similar to Earth in many ways, has only one third of the gravity. These questions will go unanswered until we can analyze the rock formations and their chemistry directly – by going to Mars.

Why is this line of research important for planetary science? Why stare at the rocks of other planets from space? First of all, the presence of structures and rocks along with water means that early Mars had water on it! Also, scientists now think it was much more active than previously thought. Moreover, any future crewed missions to Mars will need to know where possible sources of water—past or present—are located.

One of the best places to find fossils here on Earth is in or near “paleorivers” or sites of ancient rivers. It stands to reason that understanding where water once was, how it moved, and how long it was in one place might be the key for finding life on other planets! For these reasons, the Jezero crater is a potential target for future Martian landings by NASA in the coming years, and has been the subject of no less than three separate studies since 2012. We are indeed in exciting times—our knowledge of planetary geology is opening many new doors for the future discovery of life in the universe.

11020202cookie-checkA crater on Mars may be a future landing site Rock formations on the Jezero Crater on Mars give us clues that there were probably active rivers there at some point.yes

A new way to look for signs of ancient life on Earth and Mars Scientists have found that high concentrations of rare elements might be evidence of life near ancient hot springs.
Switch to mobile version