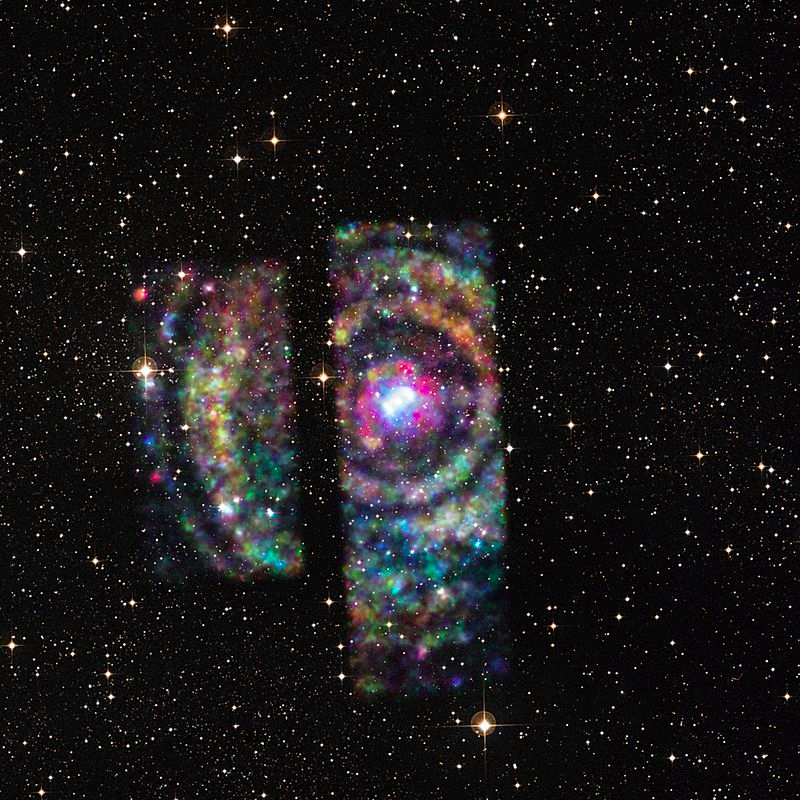 A new field of science is born – astromaterial science. First mentioned in today’s paper, this scientific field studies materials of astronomical objects that are denser than materials commonly found on Earth.

Scientists, M. E. Caplan and C. J. Horowitz, introduce the field of astromaterial science, starting with two major materials of interest, Coulomb crystals and nuclear pasta. Both of these materials occur in a particularly unique celestial body – the neutron star. Neutron stars are the massively dense remnants of supernovae. Supernovae mark the dramatic end to a giant star’s life. As these massive stars grow to enormous sizes, then the fusion of the stars begin to fail, and the stars explode.

During a supernova explosion, most of the mass of the star is ejected into the vastness of space. However, the core of the star stays behind and collapses on itself to form a new, dense star – the neutron star. Neutron stars are named such because they are made of neutrons. Before the supernova, the bright shining star is made of helium, hydrogen, and many other familiar elements. After the supernova has blown off much of the star’s mass, the collapse of the core crushes the remaining protons and electrons under such great pressure that they form a sea of neutrons. As a result, the density of a neutron star is immense; neutron stars can have as much mass as 1.5 Suns, but be only 12 miles across. For reference, that means 1 teaspoon of neutron star weighs 6 million tons!

While Coulomb crystals sound like bizarre phenomena, the deeper innards of the neutron star also theorize a new type of astromaterial. This material is not exposed to the frigidness of space and is at the point of neutron saturation. The neutrons are as close together as physics possibly allows. As neutrons shift to attempt to relieve the immense stress, strange patterns of neutrons form. These patterns are called “nuclear pasta”, for their resemblance to Italian pastas. These condensed matter pasta states are caused by the neutrons clumping (gnocchi) to reduce the pressure around them, or producing long tubes (spaghetti) to allow stability under these immense conditions.

While nuclear pasta has been theorized, simulated, and studied previously, these unusual states of condensed matter have not be observed. Neutron stars are small and hard to see with our telescopes. Even after they are seen in the sky, it is not clear how to determine the state of nuclear pasta within by observing the neutron star through a telescope.

So, the field of astromaterial science is born, and LIGO and Virgo should keep listening for the gravitational waves sliding past Earth, in hopes of discovering more about space pasta and star crusts.