One of the most important questions in science is, “Are we alone in the universe?” As our exploration of space expands outwards, scientists have the chance to send spacecraft to other moons and planets. Currently, we can only travel to destinations in our own solar system. However, in the future, we may also be able to sample exoplanets (planets orbiting other stars).

One such exoplanet is Kepler-452b, which may be suitable for life, shown in the first image with the Earth for size comparison. How can scientists determine whether a planet or moon may contain life from a sample? To answer this question, scientists have analyzed the chemical makeup of other planets, trying to deduce whether their building blocks have originated from living organisms.

Past approaches have involved searching for terrestrial biomarkers, which are molecules important in the biochemistry of life on Earth, as an indicator for life on other planets. However, given the possibility that life on other worlds could rely on a very different biochemistry from life on Earth, this approach limits the variety of life which could be detected. Also, there is a significant overlap in chemicals which can be produced by biological and abiological (not produced/performed by living organisms) processes. This further reduces how effective a strategy looking for specific chemicals produced biologically is.

Researchers Guttenberg, Chen, Mochizuki and Cleaves have developed an innovative approach for determining if a sample is biological in origin. This approach relies not on searching for specific biomarkers, but on looking for patterns in the spread of chemicals present within the sample. They performed a fact-finding study to determine whether a computer program could be trained to tell biological and abiological samples apart. They used input data gathered with a technique called mass spectrometry and trained the computer program using a process called machine learning. 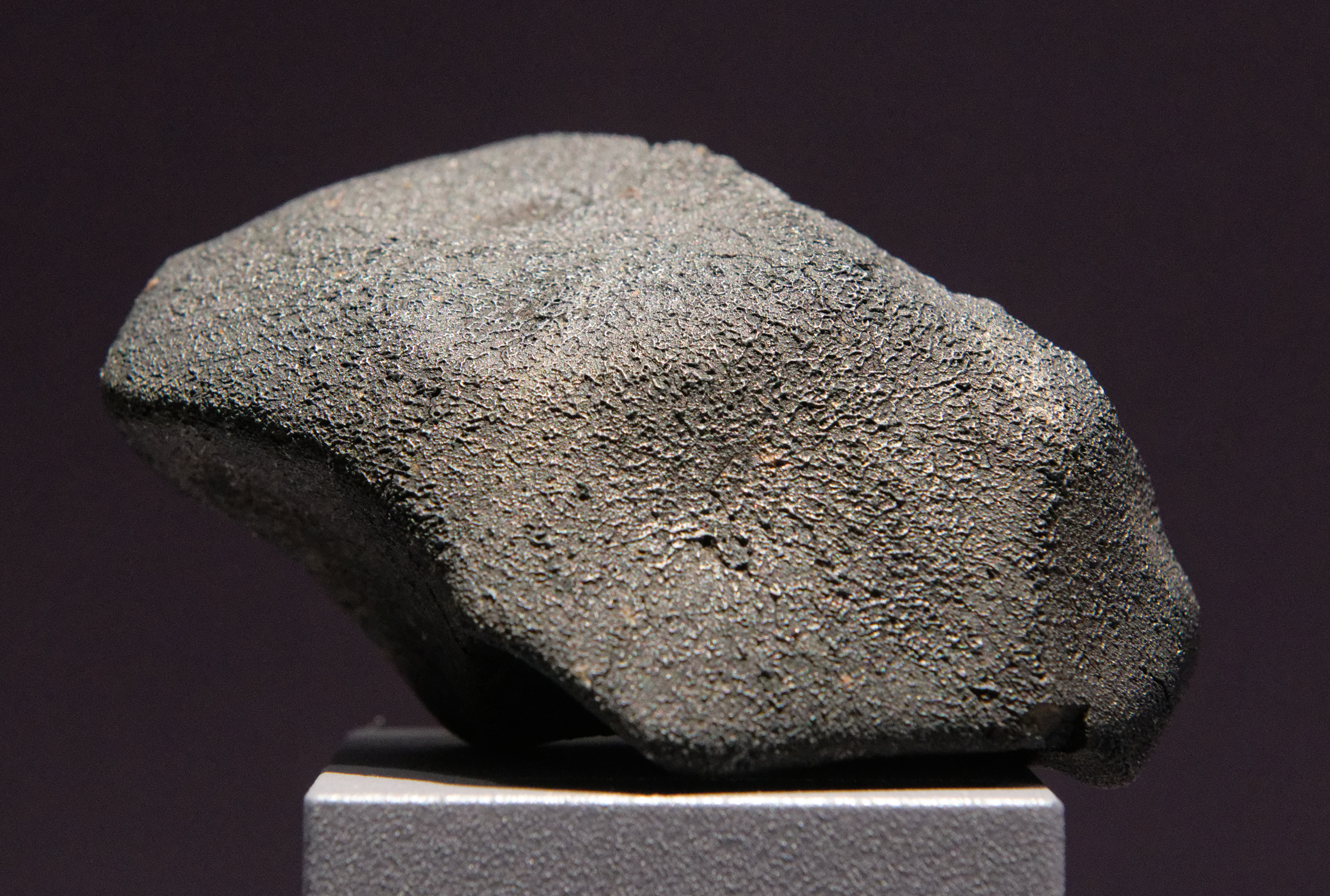 Image of the Murchison meteorite, one of 3 meteorites from which samples were taken for this study. Source:  Marie-Lan Taÿ Pamart, CC BY 4.0, via Wikimedia Commons

To do this, the researchers analyzed all samples using mass spectrometry, producing data on the spread of all chemicals present. They then divided up the data into training sets and test sets. They used the former to train a machine learning model to identify a sample as belonging to one of the four classes described earlier. Researchers varied how complex the model was and tested how accurately it could classify samples of the test sets at different levels of complexity. With the probability of being correct by chance being 50%, more complex models predicted a sample’s origin with an accuracy of 92%. This success shows that looking for patterns in chemicals present in a sample enables a sample to accurately be classified as biological or abiological.

Searching for patterns of chemicals present in a sample rather than specific biomarkers provides a powerful tool for searching for extraterrestrial life without making any assumptions as to its chemical makeup. Use of a less specific process also requires a lower power instrument to take measurements, which is easier to make small enough to place on a spacecraft. Given the difficulty of returning samples from distant planets to Earth, the ability for the necessary equipment to be placed on spacecraft to analyze samples where they are gathered is very useful.

This tool could also be used on ancient Earth samples to investigate the appearance of early life on Earth. Therefore, it can help to answer another of the great questions of science: when did life form on Earth and has it formed elsewhere?

Original study: Classification of the Biogenicity of Complex Organic Mixtures for the Detection of Extraterrestrial Life

The study was funded by: JSPS (Japan Society for the Promotion of Science), ELSI Origins Network supported by a grant from the John Templeton Foundation, National Science Foundation and The Gulf of Mexico Research Initiative funded the research conducted at Florida State University's National High Magnetic Field Laboratory