Growing Pacific oysters is a lucrative field, worth over a billion dollars in 2017. This means that there is a lot of pressure to constantly improve the quality and cost effectiveness of the product. But it’s not easy to produce high-quality animals because they have a genetic code that varies in between generations and individuals. This genetic variation persists even when Pacific oysters are grown in the same tank.

Oysters are a highly nutritious food and widely considered a delicacy, which explains their high demand and price. They are high in zinc and selenium, necessary minerals for life, and poly-unsaturated fatty acids, including the omega-3 fatty acids eicosapentaenoic acid (EPA) and docosahexaenoic acid (DHA). These omega-3 fatty acids are known to have many health benefits from the brain to the heart. Oysters are also high in glycogen, an easily digestible molecule that can be broken down into glucose for energy.

Molecular breeding is a relatively new strategy for improving specific qualities of animals and plants. This involves breeding based on the genetic code instead of measurable traits. The first step in this is to build “maps” of the genomes, where scientists identify parts of the DNA that control the qualities that people want in a Pacific oyster. Doing so will allow farmers to breed individuals with the best versions of the genes.

Researchers at the Chinese Academy of Sciences wanted to find the genes that control fatty acid, glycogen, zinc, and selenium content in Pacific oysters. They used two methods to identify the genes most associated with observed differences between animals. The first method, called quantitative trait loci mapping, starts with breeding two individuals whose traits are known. Scientists look at specific parts of the DNA of the offspring to see if any measured differences are related to the differences in their genetic code. The secondary method, called a genome-wide association study, looks at genomes from a large number of randomly selected animals. Computer software then identifies DNA areas that are the same among individuals with the desired traits. Genome-wide association studies can result in a lot of false positives, so the quantitative trait loci mapping can validate whether or not the possible areas are really associated with the desired traits. 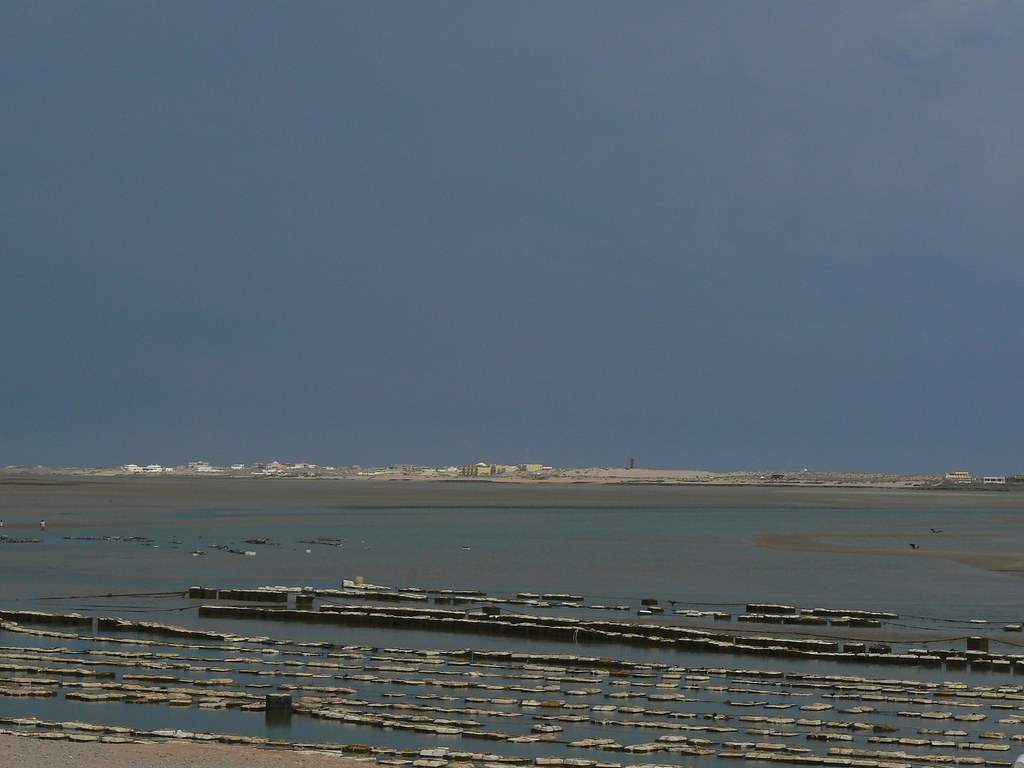 This is a photo of a commercial scale oyster farm. Source: “Oyster Farm” by xomiele is licensed under CC BY-NC-ND 2.0

Using these techniques, the researchers pinpointed 15 regions of DNA that determined the composition of fatty acids in the oysters. Some of these regions were associated with multiple fatty acids, which would make them especially important in deciding which animals have the best genes.

Interestingly, several of these genes were the same as genes that also control nutritional traits in mammals. One gene has also been found to control the texture of pork, while three others partially determine the omega-3 or omega-6 fatty acid composition in cow’s milk. Three other important regions of DNA in determining oyster quality have also been found to contribute to the marbling of fat in cow muscle. Finally, two genes involved in hormone production in a wide variety of animals were associated with changes in oyster fat composition. These genes were previously shown to influence saturated fatty acid content of cow and pig muscle. This consistency across a wide variety of animals is a good sign that the gene is truly important and isn’t just a false positive.

The researchers also found two genes controlling unsaturated fatty acid content: one influencing EPA levels and one influencing DHA levels. These could be important in increasing the omega-3 fatty acid content of future generations of oysters. The final two important genes that could potentially increase quality were associated with glycogen levels and zinc content. However, they did not find any genes associated with selenium levels.

Farming, especially breeding animals and plants to better meet people’s needs, could be considered the foundation of modern society. And now with modern science, we have the ability to predict what an animal will be like before it’s even born. Genetic breeding improves traits much more quickly than traditional breeding that is primarily based on appearances. This allows people to breed for things that cannot be seen, like disease resistance. Understanding which genes control which traits will allow farmers to take produce and livestock to new levels of quality and efficiency. Studies like this one pave a path for the farming methods of the future.

Who figured out the structure of DNA? Watson and Crick pieced together decades of data to propose the double helix. Here's how they did it.

The study was done at: Chinese Academy of Sciences, Pilot National Laboratory for Marine Science and Technology, National and Local Joint Engineering Laboratory of Ecological Mariculture