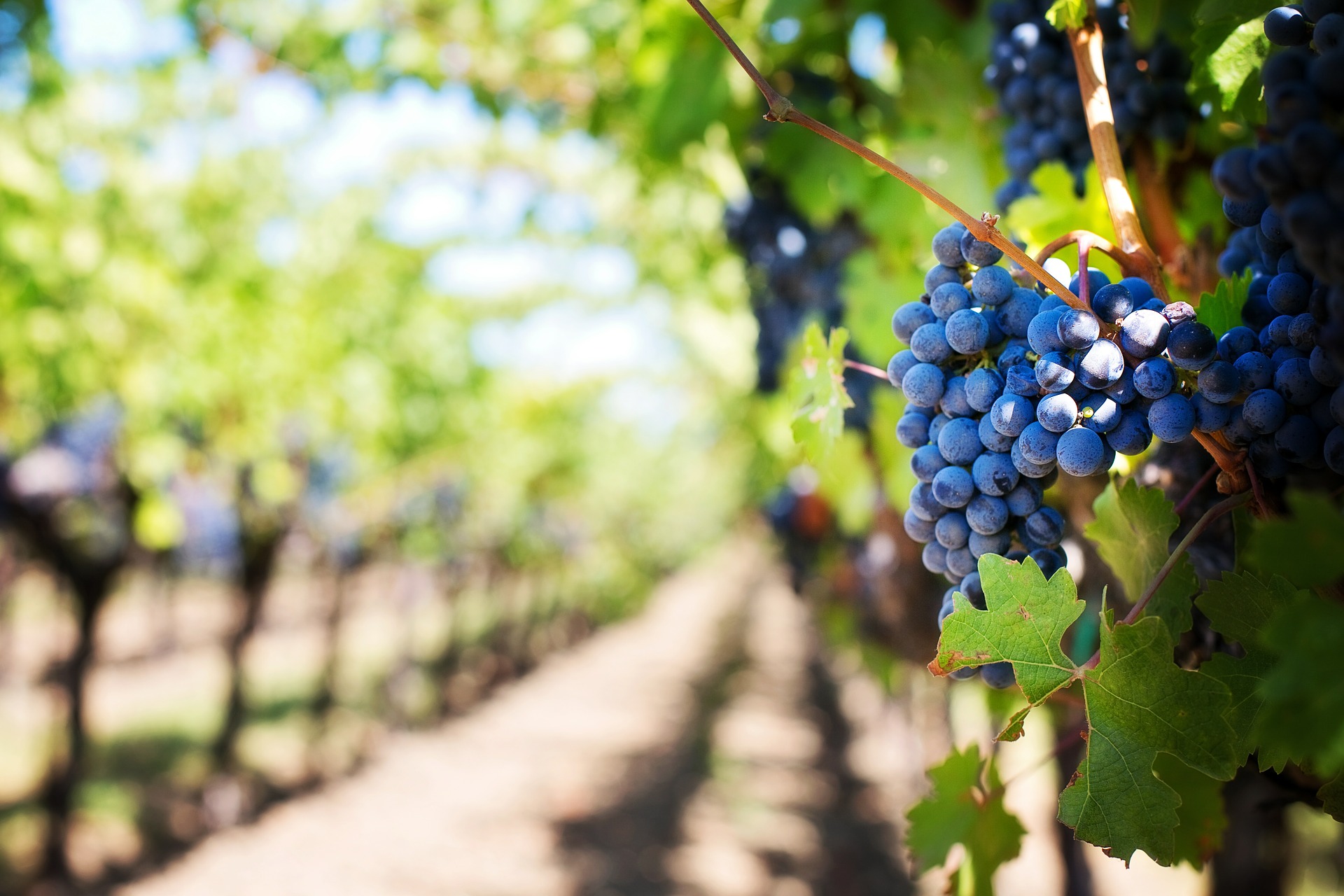 You sit down at a restaurant and peruse the menu for the best wine to pair with your dinner. Do you choose a red wine like Cabernet Sauvignon, or something crisper and lighter like Riesling? Do you choose the cheapest one within the category, or first look to see the vineyards listed? The differences between wine flavors go beyond the grapes and the fermentation process. Turns out even before all of that, climate, geology, elevation, soil, and microbes all play a huge role in determining the flavor and aroma of each bottle of wine.

The French word ‘terroir’ refers to the interaction of climate, soil, water, geology, and elevation that creates the complex environments where grapes are grown. In a recent review article, scientists focused on California’s Napa and Sonoma counties to explore how terroir varies at different scales, from regional to local. In California, the diversity in landscapes leads to an incredible variety in the types of wine produced. Sonoma County, for example, hosts everything from volcanic rocks to sandstones and shale within its 17 recognized American Viticultural Areas. Napa county hosts a similar amount of Viticultural Areas and a diverse amount of rock types. Due to California’s unique geology, the rock and soil type can vary even within a vineyard. A sandstone will weather differently than a siltstone, which weathers differently than a volcanic lava flow. When rocks weather, they create distinct soil and nutrient profiles which support residing microbes and grape vines. The hills, valleys, terraces, fog, and amount of sun exposure all provide unique micro-environments for grapevines to flourish.

Terroir is highly dependent on the geographic scale. At a regional scale (such as northern California), the climate and length of growing season would be the most dominant factors in growing grapes. At a more local scale, say within county borders, attention should be drawn to elevation, steepness of the hills, sunlight, and daily temperature variation. Water drainage within the soil is also important in determining the types of grapevines that can grow and the microbes that can survive there.

For example, cool climate varieties of grapes include Pinot Noir and Chardonnay, which are well-suited for the Russian River Valley and the western part of Sonoma county. Warmer temperatures and less fog over the eastern valleys and mountain slopes makes them better suited for Cabernet Sauvignon and Merlot. Syrah is fairly versatile and can withstand a wide variety of climates, and the middle of Sonoma sees the highest diversity of red and white grape varieties.

Napa Valley is situated in just that, a valley, and hosts a surprisingly diverse array of rock types, elevation, and sun exposure levels that can influence the wine. The volcanic rocks in the area formed from events such as lava flows and ash fall, and they host thin residual soils and sediments where the vines can grow. Along the valley floor, vines grow in sediments eroded from the surrounding mountains and in river sediments. Pinot Noir and Chardonnay are widely grown in the cooler southern part of the area, but overall, the warmer regional climate influences the ripeness of the grapes (quicker to ripen, higher sugar content, lower acidity) and allows Cabernet Sauvignon to be 40% of Napa’s grape production. On a local scale, Cabernet grapes from western mountain slopes produce bold, tannin-rich wines compared to those near the valley. Soil texture becomes important when considering the rate of water drainage needed for each type of grape, and has a great impact on flavor and character.

Next time you pick up a bottle of wine at the store, consider the unique combination of environmental factors such as climate, geology, sunlight, soil type, and microbial communities that went into creating your favorite wine and the distinct flavors you taste.

Original study: The Scale Dependence of Wine and Terroir: Examples from Coastal California and the Napa Valley (USA)