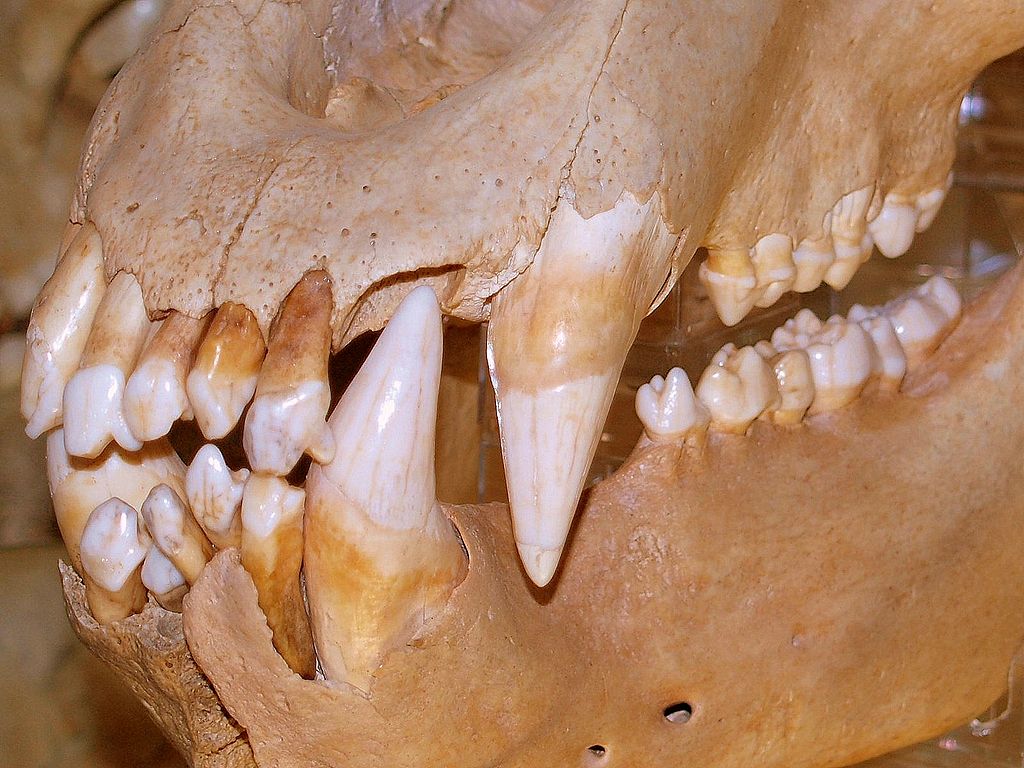 Modern bears, while typically thought of as carnivores, actually have a wide variety of dietary preferences. Some eat only meat while others are omnivores, meaning that they eat both meat and vegetation. Cave bears (Ursus spelaeus), an extinct bear species from Europe, are thought to be omnivorous. However, scientists assumed this based on the diets of currently living brown and black bears. A recent study found that cave bears may have been almost purely herbivorous, meaning they do not eat meat, when compared to other animal diets from that same time period (~24,000 years ago).

To understand if two things are related, scientists visualize the data using a “scatter plot.” Each point on a scatter plot represents a coordinate made up of a pair of numbers, like on a map. One number in the pair comes from one dataset and one number in the pair comes from the other dataset. If there is a pattern in how the points fall on the map, we may be able to assume they are related. If the points are randomly scattered around, then there may not be a relationship. By plotting the nitrogen-15 levels against carbon-13 levels for each animal to see where the points fall, scientists can estimate how similar any two diets are. The way scientists know this measurement is useful is because previous research showed that nitrogen-15 found in bones is directly related to the type of food eaten by an animal

Surprisingly, cave bear diets did not appear similar to those of known carnivores (e.g. cave hyenas and wolves). They were much closer to herbivores (e.g. deer and horses). Each group of animals on the scatter plot represented a particular environment or dietary preference. The nitrogen-15 levels in the bones of cave bears were more similar to currently living herbivores, so perhaps these bears didn’t eat as much meat as we thought. Prior to this publication, tooth and jaw anatomy were the main source of evidence for the diet of extinct animals. A similar method was tried in 2008 and it gave the first evidence that cave bears might have preferred plants over meat; the most recent article gave further support for herbivorous bears.

The authors suspect that the diet of cave bears may have been a factor that lead to their extinction, as they were unable to adapt their diet to a changing climate. An omnivorous diet is more resistant to environmental changes as it does not focus on one form of nutrition. This means that once the plant life that composed most of the cave bear’s diet began to die out, they had fewer options for food. The climate during the Late Pleistocene (126,000 – 12,000 years ago) was volatile, and the cave bear population declined during the last ice age. This study offers one more explanation for why cave bears went extinct, like the mammoths, giant ground sloths, and other large animals of the time.

The study was done at: University of Tübingen,Tübingen, Germany

Oxygen, nitrogen, and what happens when biology gets involved How the Great Oxidation Event and photosynthesis created the nitrogen cycle we know today

Why Could Tyrannosaurus rex Bite So Hard? Modeling the bite force of T. rex helps to explain important dietary clues about the animal.
Switch to mobile version