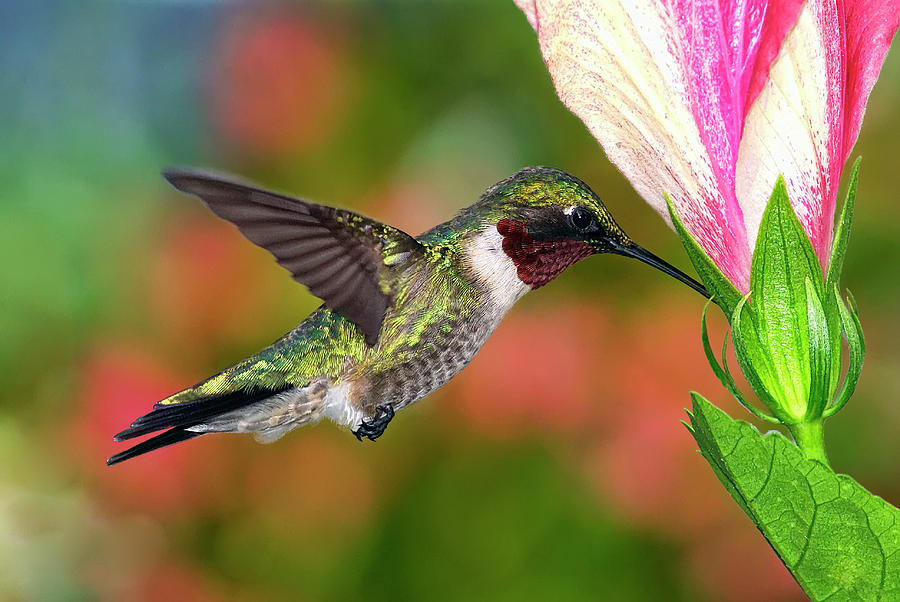 The first comprehensive map of hummingbirds’ 22-million-year-old family tree — reconstructed based on careful analysis of 284 of the world’s 338 known species — tells a story of rapid and ongoing diversification. The decade-long study reported in the Cell Press journalCurrent Biology on April 3 also helps to explain how today’s hummingbirds came to live where they do.

Part of the secret to the birds’ remarkable success lies in the formation of nine principal groups or clades, hummingbirds’ unique relationship to flowering plants, and the birds’ continued spread into new geographic areas, the researchers say.

“Hummingbirds have essentially been reinventing themselves throughout their 22-million-year history,” says Jim McGuire of the University of California, Berkeley.

While all hummingbirds depend on flower nectar to fuel their high metabolisms and hovering flight, coordinated changes in flower and bill shape have helped to drive the formation of new species of both hummingbirds and plants. Remarkably, as many as 25 hummingbird species are able to coexist in some places.

“One of the really cool features of hummingbird evolution is that they all eat the same thing yet have diversified dramatically,” McGuire says. “It really is a big surprise that hummingbirds have divided the nectarivore niche so extensively.”

The Andes Mountains are a particular hotspot for hummingbird evolution, because diversification occurred along with the uplift of those peaks over the past 10 million years. About 140 hummingbird species live in the Andes today.

The availability of new land areas in North America and the Caribbean has also played an important role in the evolution of new hummingbird species. For example, McGuire says, the bee hummingbirds colonized North America about 5 million years ago and consequently experienced rates of speciation that rival textbook examples of adaptive radiation.

The new picture of the birds’ past is an important step toward understanding how they have adapted to novel environments, like those found at low-oxygen, high-altitude mountain peaks. It also points to an exciting future.

“Our findings strongly indicate that hummingbirds remain engaged in a dynamic diversification process, filling available ecological and spatial niches across North America, South America, and the Caribbean,” the researchers write. “Thus, the dramatic radiation of this unique avian lineage is far from complete.”