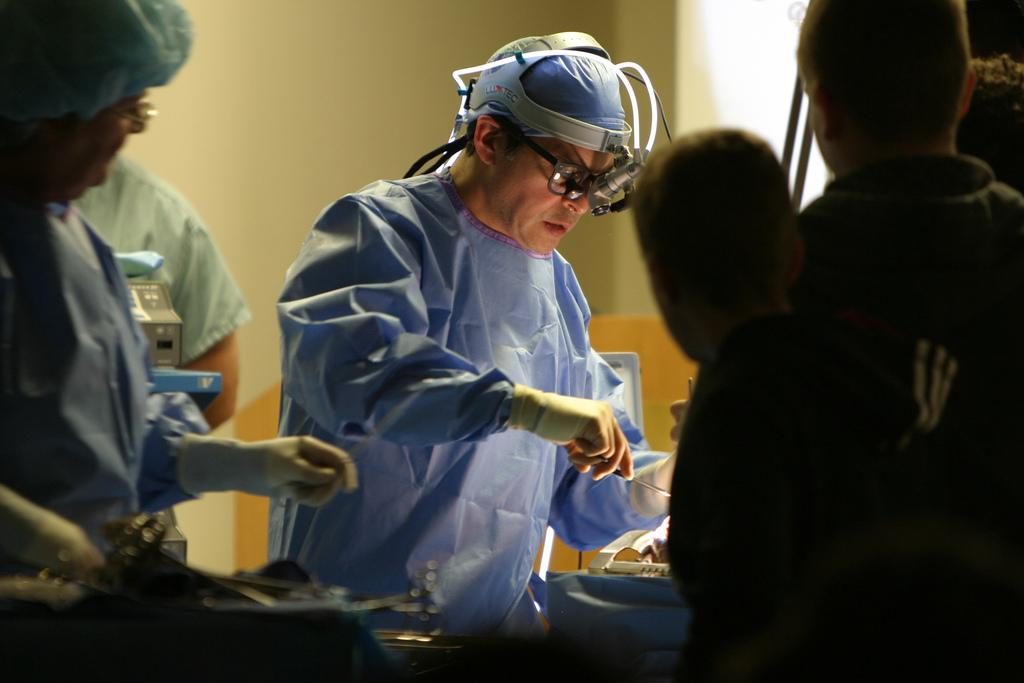 It is well known that after cardiovascular surgery to replace the aortic valve (one of the four valves of the heart, between the left ventricle and the aorta), patients can sometimes develop adverse events and injuries to their heart as a consequence of the surgery. As this surgery consists of temporarily stopping blood flow of the heart, this can lead to an imbalance of oxygen supply and demand in the heart, leading to injury of the tissue.

There has also been some evidence that more heart attacks happen in the morning compared to the evening. However, surgery outcomes as they relate to time of day have not been well studied.

To answer this question, researchers from Lille University Hospital in France examined whether having this surgery in the morning or the afternoon would lead to fewer injuries and adverse events post-surgery such as heart failure, second heart attack, or death. If time of day had an effect on surgery outcome, then the researchers hoped to learn why.

Three separate studies were performed. First, the researchers looked at patients at their hospital who had received their surgeries in either the morning or the afternoon, and then followed them forward in time to assess the occurrence of heart failure, heart attack, or death. Next, the researchers chose a smaller group of patients to receive their surgery in either the morning or the afternoon, and then looked at the level of injury to the heart that happened during surgery. Injury to the heart can be detected by measuring the amount of a protein called tropinin T that the body produced during surgery. Last, the researchers took biopsies of these patients to determine what was happening inside heart cells during injury.

For the first study, they looked at 298 patients who had received aortic valve replacement surgery at their hospital in the morning, and 298 patients who received surgery in the afternoon, and then followed their progress for 500 days after surgery. These patients were matched into pairs based upon their characteristics, so that similar patients were being compared to each other, to attempt and isolate the effect that time of day has on surgery. During those 500 days, those people who received their surgery in the afternoon had half as many major adverse outcomes (i.e. heart failure, heart attack, or death), compared to the morning surgery group.

In the second study, 88 patients were randomized to either have their surgery in the morning (44 patients), or the afternoon (44 patients). During surgery, the researchers looked at the amount of Troponin T release (a cardiac protein where high levels released means injury to the heart during surgery), and found that that the amount of release was significantly lower in the afternoon group compared to the morning group (ratio of 0.79 to 1).

For the third study, the researchers looked at biopsies of human heart tissue for clues about why patients receiving surgery in the morning have more problems after surgery. They found that there are 287 genes that are regulated by the time of day. One in particular was the nuclear receptor named Rev-Erbα that represses transcription of its target gene BMAL1/ARNTL. “Nuclear receptors” are molecules located near the center of a cell. When they are triggered, they tell the cell to start (or stop) decoding genes and making certain products. The product of the target gene, BMAL1/ARNTL, has many purposes and plays a role in our body’s response to day and night cycles known as the circadian rhythm.

The researchers found that when Rev-Erbα had very low levels during the afternoon, its target gene BMAL1/ARNTL had very high levels during the afternoon. The researchers then found that preventing this receptor Rev-Erbα from working in mice prevented injuries to their hearts during their sleep to wake transmission. Does the BMAL1/ARNTL gene protect the heart? More studies are needed to understand this fully.  However, it does suggest that changes in the circadian rhythm gene expression could help explain the variation seen in the heart surgery appointment times. It is possible that aortic valve replacement surgeries scheduled for the afternoon rather than the morning could help lead to better patient outcomes.