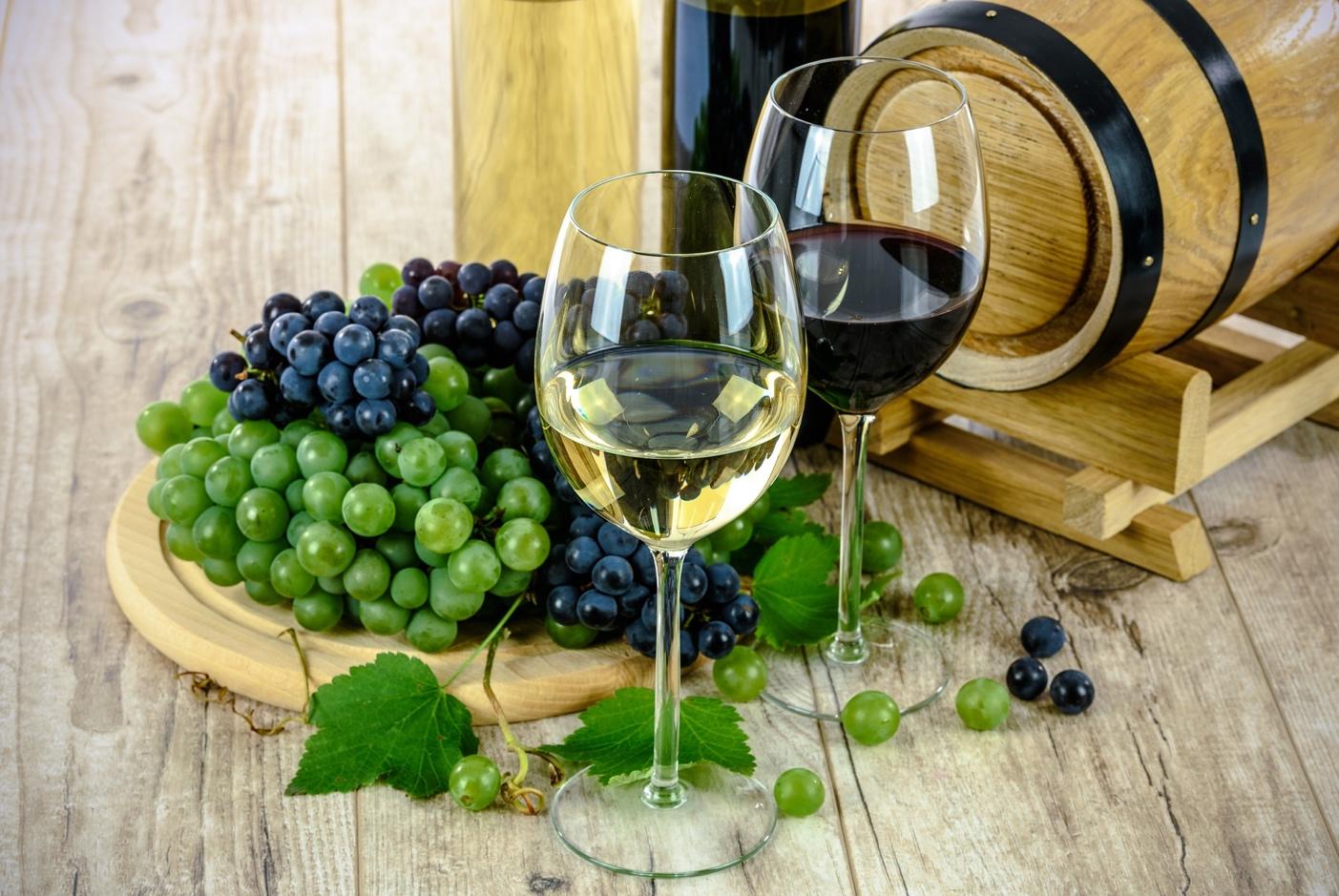 Sometimes, all it takes is a whiff of a wine to know whether you’ll like the taste. Each wine is unique: red wines smell distinct from white wines and sweet wines smell different than dry wines. These differences arise from a variety of factors, such as climate, soil type, genus and species of grape used, length of fermentation, and more.

Researchers from Australia wanted to know how the volatile profile (gas compounds) of Riesling and Cabernet Sauvignon wine changed at different stages of grape growth. This information will be helpful for managing crops and ensuring grapes are harvested at times ideal for maximizing certain flavor or scent characteristics. At a vineyard in Oxford Landing, South Australia, grapes were randomly collected in bunches from different grapevines every two weeks, starting two weeks after flowering. Grapes for Riesling and Cabernet were sampled until weeks 14 and 16, respectively, when the crop was harvested.

In the lab, the researchers fermented each variety of grape in a mixture of sugar, ammonium chloride, and yeast. They used airlocks to maintain the proper conditions for fermentation, which was performed until they could not observe a loss in grape mass. They separated the wine from the yeast, and then decanted into glass bottles to further analyze the volatiles. To do this, they used solid phase microextraction with gas chromatography and mass spectroscopy, which allowed them to detect and quantify each individual volatile compound.

The researchers found 161 compounds in the Cabernet Sauvignon wines and 179 in the Riesling. To better understand this data, they grouped the compounds that behaved similarly to form six groups (A-F). For example, Cabernet Sauvignon’s cluster A consisted of compounds that were low in concentration at the beginning of the growing period but were high in concentration by the end of 16 weeks. Lactones, a group of compounds known to provide coconut and stone fruit flavors, was found to peak at the onset of ripening of the Cabernet grapes. Luckily, the compounds found in cluster E, such as aliphatic alcohols, decreased over time, as these are typically associated with “bad liquor” green waxy odors. Post-ripening, compounds produced from the breakdown of lipids were identified in the wines, which offered a green, leafy characteristic

In both the Riesling and Cabernet Sauvignon 2-week samples, an abundance of terpenoid compounds, which hold more of a floral scent, were observed. The researchers thought this might be because the younger grape samples were still producing compounds related to their flowers.

Yeast-derived compounds, such as esters, are significantly impacted by the growth stage of the grapes. At the end of the growing period, esters with fruity characteristics were noted in both grapes. The researchers suggest that weeks 12-14 post-flowering would be ideal to enhance the production of these compounds.

By better understanding the volatiles produced by grapes of different ages during fermentation, vineyard management can make more informed decisions. Questions about when to harvest, the best time for peak scents, and more can be answered in part by biochemical studies of grapes. Next time you pour a glass of wine, take a minute to breathe in the scent. What aromas fill your senses?

The study was done at: ﻿CSIRO – Agriculture and Food, Glen Osmond, SA 5064, Australia