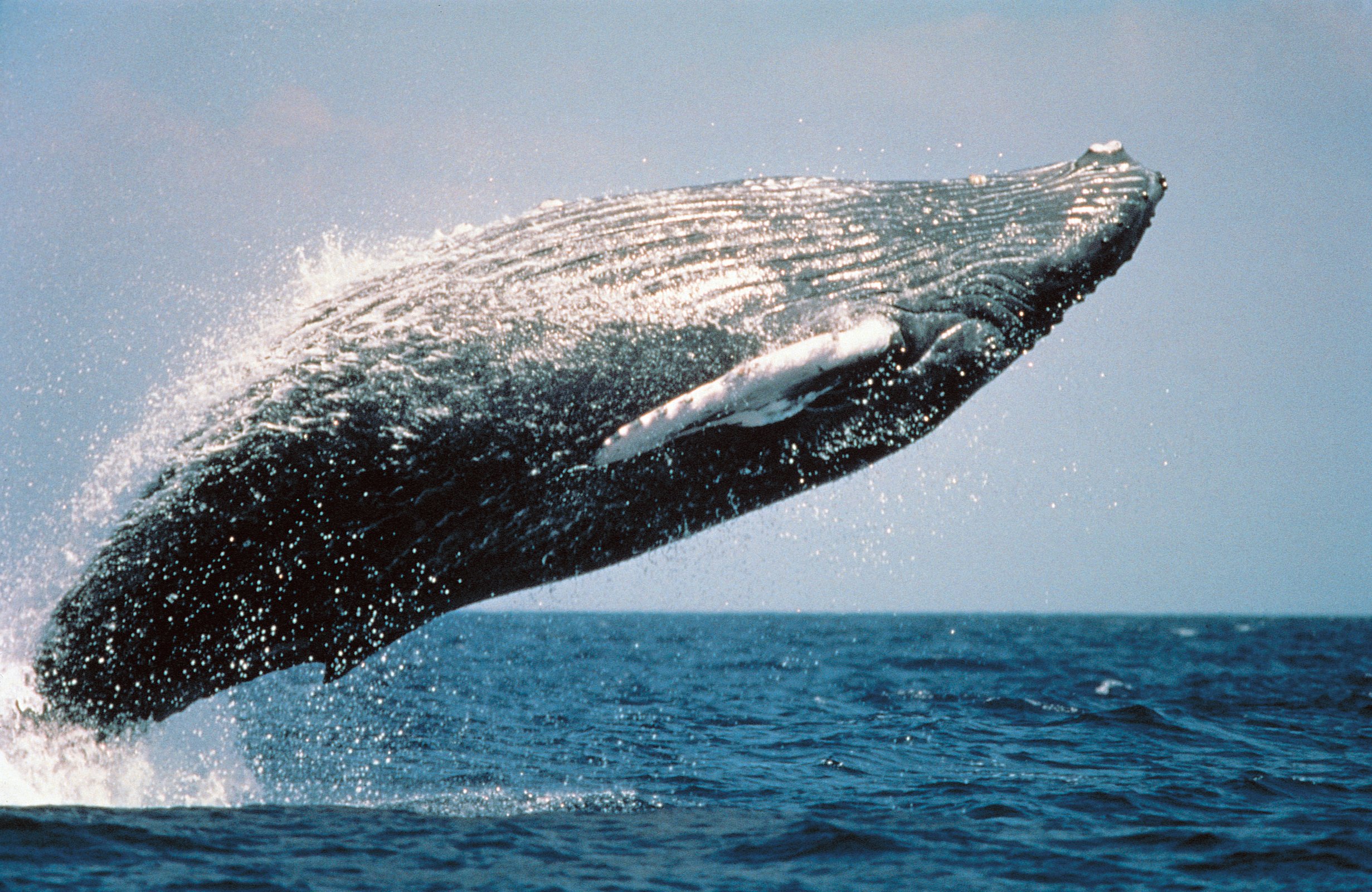 Which has a more efficient ‘engine’: A tuna or a whale?

A large gray whale and a much smaller skipjack tuna each propels itself through water. Which is the more efficient swimmer? It has been difficult to compare propulsion efficiencies of animals of different sizes, like comparing apples and oranges, but now Northwestern University researchers have developed a new metric, or standard, to measure individual energy consumption efficiency and make such a comparison possible.

Contrary to what one might expect, the Northwestern researchers found that, despite the great difference in mass, the whale and the tuna are almost equally efficient.

Much like a semi-trailer truck needs more fuel to go the same distance compared to a small car, one might think the much heavier whale would consume more energy compared to the tuna. While this is true, does it mean that the muscular “engine” propelling the whale is less efficient compared to the tuna or is the higher fuel consumption of the whale an unavoidable consequence of the laws of physics?

The whale’s higher fuel consumption is unavoidable, the researchers report, and the engine efficiencies of the whale and tuna are similar. The new Northwestern metric for efficiency that enabled this comparison could be extremely useful in designing underwater vehicles — such as those used to study fragile coral reefs, repair damaged deep-sea oil rigs or investigate sunken ships — to be as efficient and agile as a real fish.

“Our study is about how energy flow changes with size or mass,” said Neelesh Patankar, who led the research. “This is good insight to have in the transportation field, whether you are working with cars, ships or planes. What are the limits of how good you can become? Our metric can be used to determine the point where an animal or a vehicle would function most efficiently. We want to know the sweet spot.”

Patankar is a professor of mechanical engineering in Northwestern’s McCormick School of Engineering and Applied Science. He currently is doing a mini-sabbatical at Argonne National Laboratory’s Advanced Vehicle Technology Center investigating efficiency metrics for automotive vehicles.

The metric, called the energy consumption coefficient, is a non-dimensional measure of fuel consumption. Now, for the first time, scientists and engineers can compare apples to apples, no matter what the size of the animals or vehicles, to understand the energy efficiency of a self-propelled body or machine. This metric is as useful to quantify efficiency of self-propelled bodies as the drag coefficient metric is to quantify aerodynamic shapes of vehicles.

While the Northwestern study focused on swimming and flying animals, the concept potentially could be applied to define efficiencies of cars, too — something the researchers are now pursuing.

“The study helps quench my curiosity about how nature works, but, as an engineer, I also want to see utility,” Patankar said. “The energy consumption coefficient can be an important tool in designing self-propelled underwater vehicles as well as aerial vehicles. And, as a driver, I also would like to know how efficient my car is, information currently not available to me.”

The study will be published the week of May 12 by the Proceedings of the National Academy of Sciences (PNAS).

The energy consumption coefficient takes into consideration metabolic rate, muscle mass and, of course, physics. After developing the metric, first author Rahul Bale and Patankar applied it to data for energy consumption by animals available from biologists. The data represented thousands of species of swimming and flying animals. Swimming animals ranged from tiny larval zebrafish to massive mammalian swimmers such as dolphins and whales. Flying animals ranged from tiny insects to the largest flying birds.

The new metric successfully collapsed energy consumption data on to a single trend with respect to mass — mass that varied almost a trillion times from the smallest to the largest animal. The key idea was not to plot the energy consumption itself versus mass but instead to plot energy consumption normalized by an appropriate scale that accounts for the size of the animal.

The new metric, the researchers said, is a step in the direction of eventually providing efficiency information to consumers about their cars.

How Do Algae Biofuels Compare to Diesel in Real Engines? Scientists put algae biodiesel blends and plain diesel fuel to the test in real engines to compare their efficiency and emissions.