Space is a hostile place. It has numerous stressors which make it seem impossible for Earth-like life to thrive there. Some of these stresses include harmful ultraviolet radiation, anaerobic conditions (environment devoid of oxygen), high temperature, and varying pressure. Extremophiles are organisms that live in extreme environmental conditions present at certain places on Earth. They are the key to understand how life started on Earth. Such extreme environments mark the boundaries of life.

For example, psychrophiles are microorganisms that can survive in cold environments and cannot grow beyond 20°C (68°F), which would be comfortable for many species. Their optimum temperatures are often below freezing. Thermophiles, on the contrary, live in regions of high temperatures, from 40°C to 120°C (120°F to 250°F). The authors of this paper have examined some extremophiles that may be able to survive the space environment. These organisms may be useful for future space missions. Studying extremophiles in space can help scientists find out how biological systems respond to its unique stresses.

This study focused mainly on four microorganisms. Sulfolobus solfataricus is a microbe that lives in a high temperature and acidic environment, Haloterrigena hispanica is a salt-loving microbe, Thermotoga neapolitana a thermophile that needs an oxygen-less environment, and Geobacillus thermantarcticus is another thermophile. The scientists studied them for their resilience to different levels of ultraviolet radiation, pressure, and temperature, which is common to a Mars-like environment. In addition to this, they also introduced these microorganisms in a Mars conditions simulator and studied its effect on their growth. 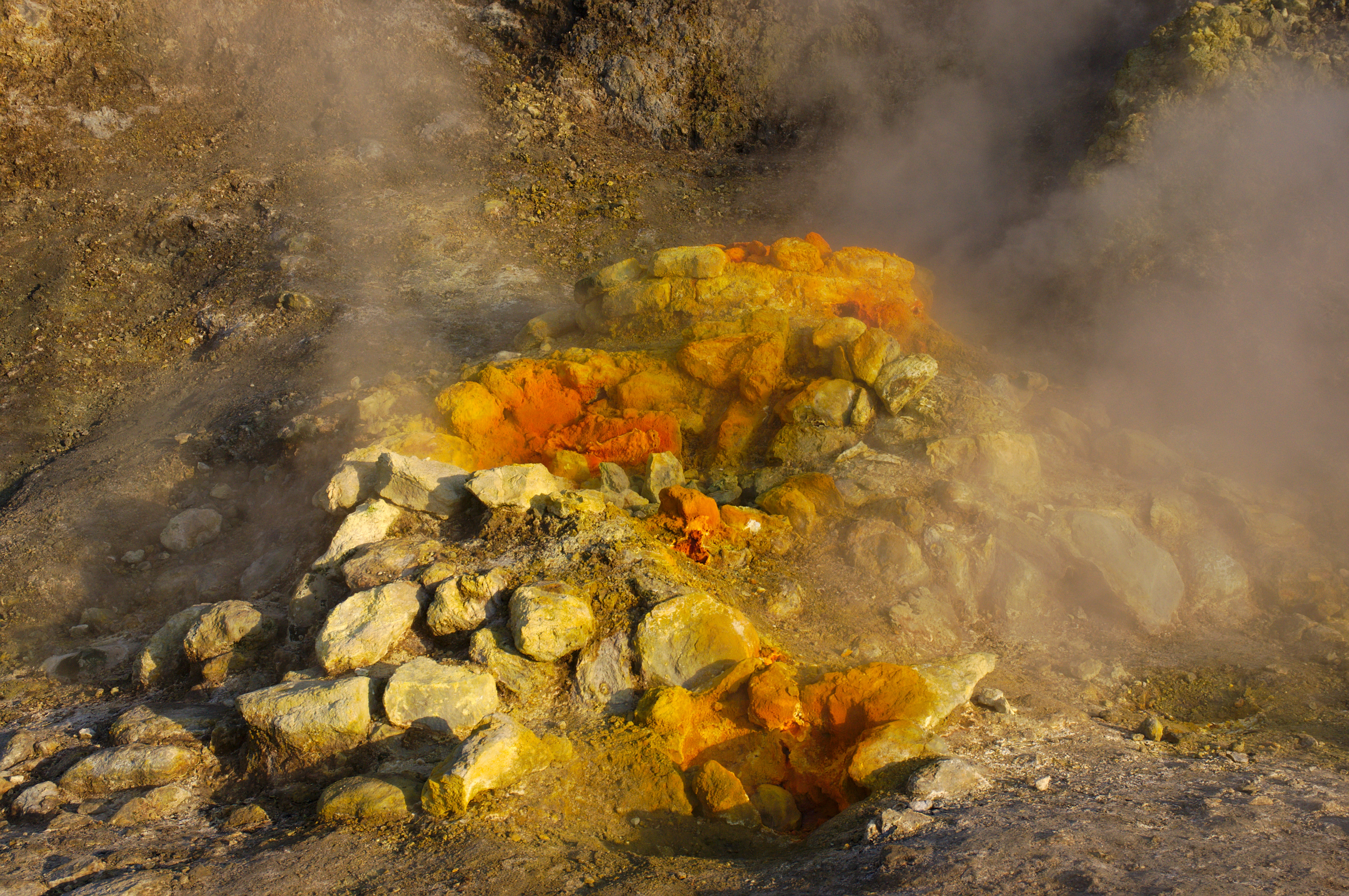 A fumarole in the Solfatara Crater in Italy from where Sulfolobus solfataricus was collected. Source: Wikimedia Commons

Any given extra-terrestrial environment may have widely varying temperatures. Some might be cold while some are very hot. Pressure conditions may also vary. The atmospheric pressure on Earth is 1 atm, which is optimum for life as we know it. On other celestial bodies, pressure can be more or less than 1 atm. Hence, it is crucial to study how extreme pressures and temperatures affect Earth life.

To study the effect of temperature change, the researchers stored these microorganisms in temperatures varying from -196 to 80 °C. They compared the growth of these microbes to those stored under standard temperature conditions. Further, to check the UV radiation effect, they exposed the microbes to a UV lamp emitting light of wavelength 254 nm for time intervals from a few minutes to an hour.

After exposure to UV radiation, they again compared the cell growth to those stored under standard growth conditions. Lastly, they introduced the microorganisms to a Mars conditions simulator in which they desiccated the cells and treated them to low pressure. Desiccation is a process in which the cells are air-dried to remove the water from them. Here, the simulator uses lower pressure than 1 atm because Mars has a lower atmospheric pressure than Earth.

The researchers found that all the selected microbes could resist high temperatures, though some had slightly reduced resilience. As for the UV radiation, Sulfolobus solfataricus showed the best growth that the authors consider noteworthy. This is because the radiation used during the experiment is considered lethal to microbes and our microbe survived this wavelength.

Further, in the Mars conditions simulator, the desiccation step destroyed two strains, Sulfolobus solfataricus and Thermotoga neapolitana, while the other two strains of microbes resisted both the desiccation and low pressure. Based on the results obtained, the authors propose that all four microbial strains could be used in future space research missions to conduct more realistic experiments of exposure to extra-terrestrial environments. They further suggest that such studies related to extremophiles might help us understand the potential of other worlds to support life.

Extremophiles help researchers understand a lot about early life. They are among the first organisms to have successfully survived on our planet. Such experiments will not only help us understand the origin of life but will also give us an idea of what signs of life we should look for elsewhere in the universe.

Algae in space teaches us how life responds to harsh environments A species of blue-green algae that can live in rocks could resist radiation and extreme space weather, and returned to Earth still viable!

How does life handle the harshness of space? Experiments on the International Space Station showed that lichens, a combination of algae and fungi, survived in space-like, flight, and Mars-like environments.

The study was done at: CNR-National Research Council of Italy, Institute of Biomolecular Chemistry (Italy)