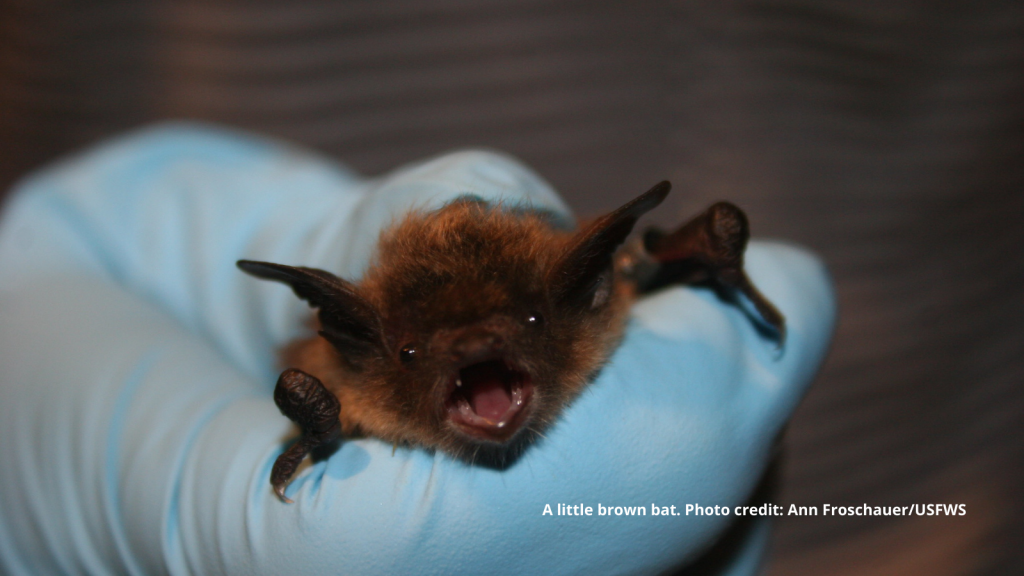 On average, humans cut down 2,400 trees each minute for expanding farmland and neighborhoods. This increases our risk of being exposed to animal-borne diseases, according to a study published in the journal Nature. Researchers found that, compared to untouched land, heavily-modified natural landscapes are breeding grounds for animals that carry disease-causing viruses and bacteria.

As humans continue to transform forest land into farms and suburban housing, we cause many animals to disappear from their natural habitat. Some animals are negatively impacted if their main survival resources are removed. However, some species do better when wild habitats are disrupted. They often thrive in places where humans live. The researchers set out to understand whether these animals are more likely to carry pathogens that are harmful to humans.

Researchers in the study first used a database called PREDICTS, which stands for “Projecting Responses of Ecological Diversity In Changing Terrestrial Systems.” This was their first step toward understanding why this happens. The PREDICTS database contains detailed information of the locations where various research studies found different species. This database helps us to analyze how different animal species respond to changes brought by humans in their habitat.

To make the PREDICTS database, researchers used information from other studies that had information about the species present in a location. For each of those studies, they classified the locations according to what they are used for — untouched forests, forests recovering after logging, plantation forest, cropland, pasture, and urban. They classified the land by how heavily it is used for that purpose —  minimal, light, or intense.

The researchers used the PREDICTS database to see which animal species were more likely to be found in areas with a lot of people. Indeed, they did find that some species were more common in those areas than other species. Then they used other databases to look up those animals, to see if they were also known to carry human diseases. Animals that carry human diseases were referred to as “host species” and those that don’t are referred to as “non-host species.” They used a strict definition of a “host” which was when a species either got sick from a disease causing pathogen, or if the species was found to carry the pathogen, even if it doesn’t get sick from it.

Their dataset contained associations between 3,883 animal species and 5,694 pathogens. An association between an animal and a pathogen means that the animal was found to be capable of hosting a pathogen that can infect humans. But, it doesn’t necessarily mean that the pathogens will be transmitted to humans.

Some species were not associated with any pathogens at all. This may simply be because there haven’t been enough studies done on those species. To account for this possibility, the researchers used a statistical method called bootstrapping. For example, if a particular kind of mouse was not associated with any pathogens, but a related species of that mouse had been studied more thoroughly and found to be a host, that mouse would also be classified as a host.

The decision to reclassify an animal as a host was not arbitrary. Bootstrapping is a mathematical procedure. The researchers began by stating two reasons that an animal might be misclassified as a non-host — that animal might not be a host very often among others of its kind, and it might not be found to harbor human pathogens very often when it is studied. The researchers considered the probabilities of these two reasons when recalculating their classifications.

After building this dataset, they analyzed it to see if disturbed and undisturbed land had species differences. Overall, their analysis showed that in areas where land has been converted from forests to agricultural and urban lands, the species that are able to survive these changes are more likely to carry human pathogens. There were 21-144% more wildlife species that are known to carry human pathogens in human-inhabited lands than in non-inhabited areas.

Many of these disease-carrying species, such as rodents, bats, and perching birds, are small, highly mobile, and reproduce very quickly. They experience huge population increases in human-altered landscapes. The researchers suggest that it is possible that these species’ shorter generation times and higher reproduction make it easier for them to adapt to changes from human activity compared to large mammals.

Finding places on Earth for humans to live can be challenging in densely populated areas. To build and expand cities, humans will inevitably continue to alter natural landscapes, increasing our risk of exposure to wild animals that carry human diseases. This research was conducted to understand how human activities affect the environment, and how these decisions impact us in return.

1371440cookie-checkSmall animals that carry disease adapt well to our activities A study suggests that small mammals like rodents and birds have adapted to thrive after urban development of wild land. These animals are also more likely to carry human pathogens.yes