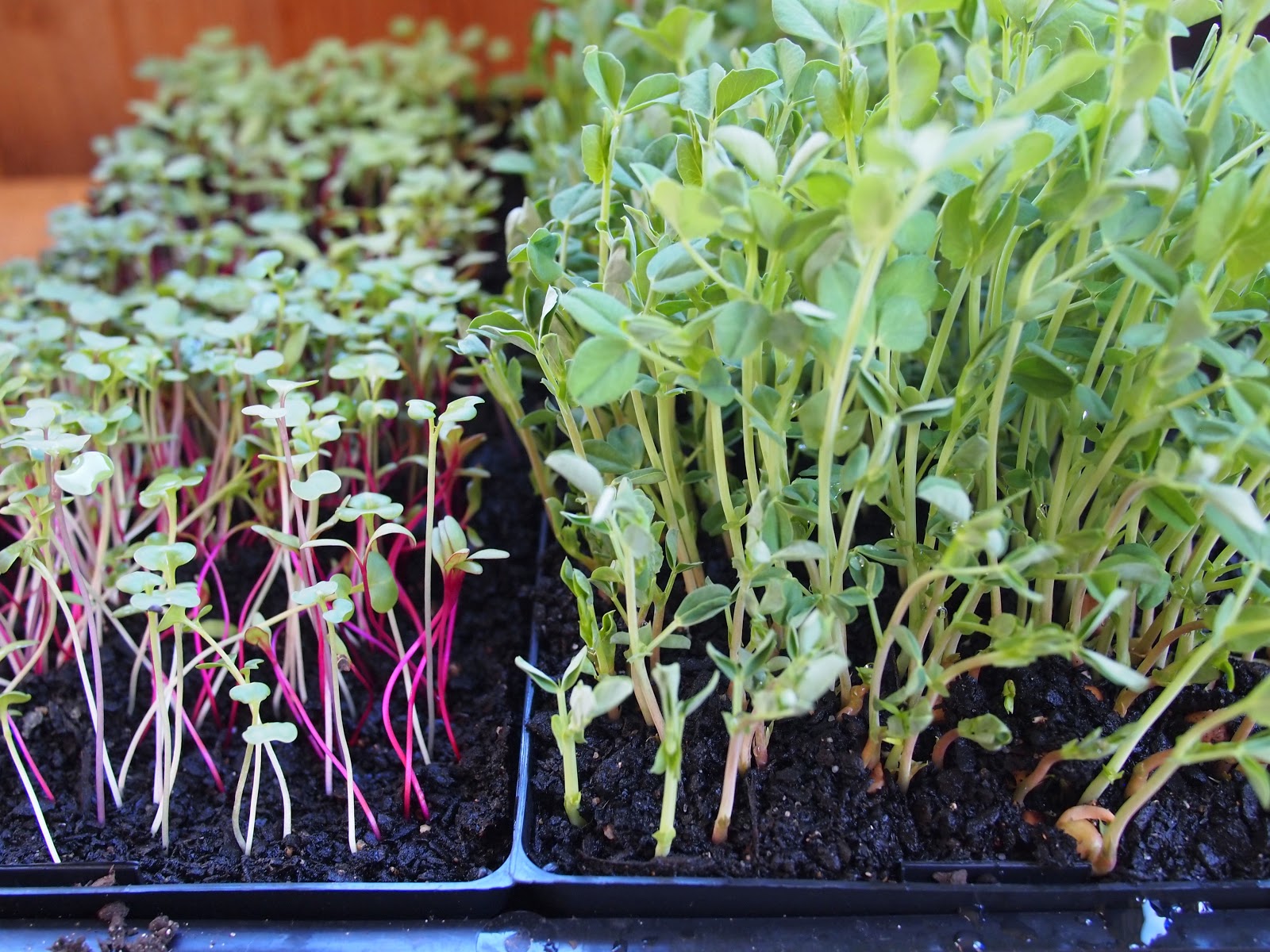 Microgreens are a specialty crop that is growing in popularity. It is most often served as a garnish, flavoring, or embellishment on dishes at upscale and gourmet restaurants. Microgreens are primarily grown by small climate controlled operations run by just a few people. Since these crops are new and not grown on an industrial scale like most other fresh produce, there is very little scientific research out there on the ability of microgreens to carry foodborne illness. It is often assumed that microgreens are safer than sprouts because microgreens do not include the root, and soil is often a source of contaminating bacteria. However, there isn’t much evidence available yet to support or refute this claim. Microgreens can also become contaminated via handling, irrigation water, and equipment.

Bacteria and viruses can sometimes be found on the surface of the edible portion of the plant. This is why we wash our fresh fruits and vegetables before eating them — to avoid getting sick by any pathogen that may have hitched a ride on its surface somewhere in the supply chain. Another, more sneaky way that infectious agents contaminate vegetables is via the seed. If seeds become contaminated, the virus or bacteria can actually be taken up into the plant tissue internally during growth. If this happens, it cannot be washed off. Therefore, keeping the growing process clean from start to finish is critical.

Two scientists at the University of Delaware set out to determine whether microgreens are capable of taking up and spreading a virus called norovirus. If you are infected with this virus, your symptoms may include nausea, diarrhea, vomiting, low grade fever, and muscle aches. The norovirus family of viruses is common to many foodborne illness outbreaks originating in fresh produce.

To determine if microgreens are at risk for contamination by norovirus, they grew hydroponic kale and mustard microgreens in norovirus-contaminated water. They used what is called a “surrogate” of the human version of the virus called “murine norovirus” that infects mice. This was to protect the researchers from accidental norovirus infection while working on the experiment.

The researchers cultured norovirus in the lab and then inoculated, or added, the virus to the hydroponic growing water. They performed three separate experiments in order to understand if norovirus gets into the plant tissue from the water and how long it remains both in the system itself and in the microgreens. In the first experiment, they grew the microgreens in water that was intentionally contaminated with virus on the 8th day of the growing period. The amount of virus in plant tissue, roots, and water was measured every 2 hours up to 12 hours after inoculation. In the second experiment, they did not disinfect the system following the first experiment. Instead, they immediately started new trays and repeated the first experiment. The purpose was see how long the virus persisted in the growing environment and if it would still enter the plant tissue. In the third experiment, they disinfected the system and then grew microgreens in water contaminated by virus on the 8th day. Instead of every 2 hours, the amount of virus in the leaves, stems, roots, and water were measured daily from microgreens harvested from days 8 to 12.

The researchers found that the levels of murine norovirus were consistent for the first 12 hours of day 8 after contamination for both the kale and mustard microgreens. Virus levels only began to drop noticeably on the 12th day, but the levels were still high enough to be infectious. Overall, this study shows that it is possible for norovirus to be taken up into the plant tissue from contaminated hydroponic water. Additionally, the study showed that the virus remained active for up to 16 days in a contaminated system and affected the second crop of plants. Therefore, disinfection between harvests appears to be essential to control the spread of potential foodborne illness.

This is only the beginning of the work that needs to be done to assess food safety issues associated with microgreens. Since there have not been any outbreaks associated with this new specialty crop just yet, research efforts are underway to make sure it stays that way!

Featured Image Source: Crostini with beet hummus and microgreens at a healthy dinner from the Disanapianta organization in Reggio Emilia by kiwstent. Licensed under CC-BY 2.0 Original source via Flickr