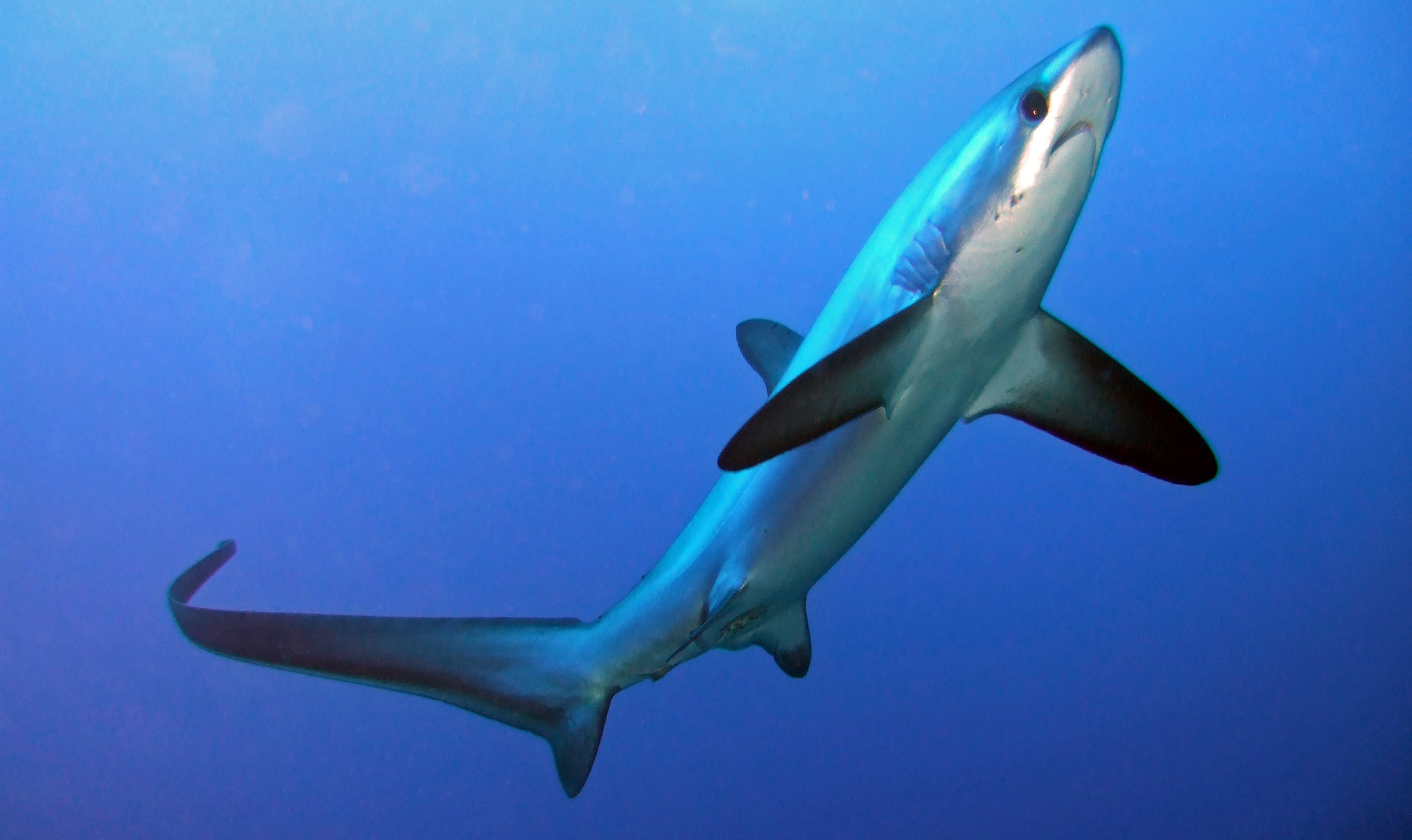 Who knew?  Thresher sharks really do hunt with their tails and not their teeth. They don’t just hunt at dawn and dusk, they hunt by day and night, opportunistically, whenever they come across their schooling sardine prey. The thresher sharks’ overall length can 12 feet or roughly 3 1/2 meters – about the size of a grizzly bear stretching up a tree. Their tails are as long as their torsos and swing from the “hip” about at their middle. They’re clever devils with tails and teeth.

Hunting events comprised preparation, strike, wind-down recovery and prey item collection phases, which occurred sequentially. Preparation takes longer than the others phases. They scare those salty sardines into a dense bait ball in preparation for a runway dash, back handing with their scythe shaped tail fin. Have you ever felt a good bitch slap?

Just like a medieval catapult, their tails slap faster than the frames of standard video, through the bait ball, leaving their stunned prey behind for a return pass chowing down along the way. Turns out killer whales and dolphins slap their prey with their tails too. Crazier yet, humpback and sperm whales communicate over long distances with aerial tail slaps. Who knew a tail could be so handy.