One such environment is called a hydrothermal vent. Deep at the bottom of the ocean, hydrothermal vents sit along tectonic plate boundaries. These vents are like volcanoes, except they release hot fluid instead of magma. They are a useful extreme environment to study because they can sustain life in the deep, sunless oceans at high temperatures and pressures. Reactions between rocks and seawater in hydrothermal vents release important chemical products that living things can use to function.

Recent studies showed that studying hydrothermal vents allows scientists to understand how these systems can sustain life not only on Earth’s oceans but also on ocean worlds such as Saturn’s moon Enceladus and Jupiter’s moon Europa. For example, hydrogen is one of the primary energy sources for life thriving at the bottom of the ocean.  The discovery of hydrogen in the plume of Enceladus showed that hydrothermal vents might be present in the oceans underneath the surface of this icy moon.

While hydrothermal activity might be a clue for the possibility of present or past life in the Enceladus’ oceans, it may not be that simple according to a recent study conducted by Jill McDermott and colleagues. The research group investigated the Piccard Hydrothermal Vent Field, the world’s deepest known hydrothermal vent field (~ 4970 m deep) in the Mid-Cayman Rise, in the Caribbean Sea. The study showed that chemical reactions that don’t involve living things may result in depletion of biologically important hydrothermal products like hydrogen before biology reaches it. 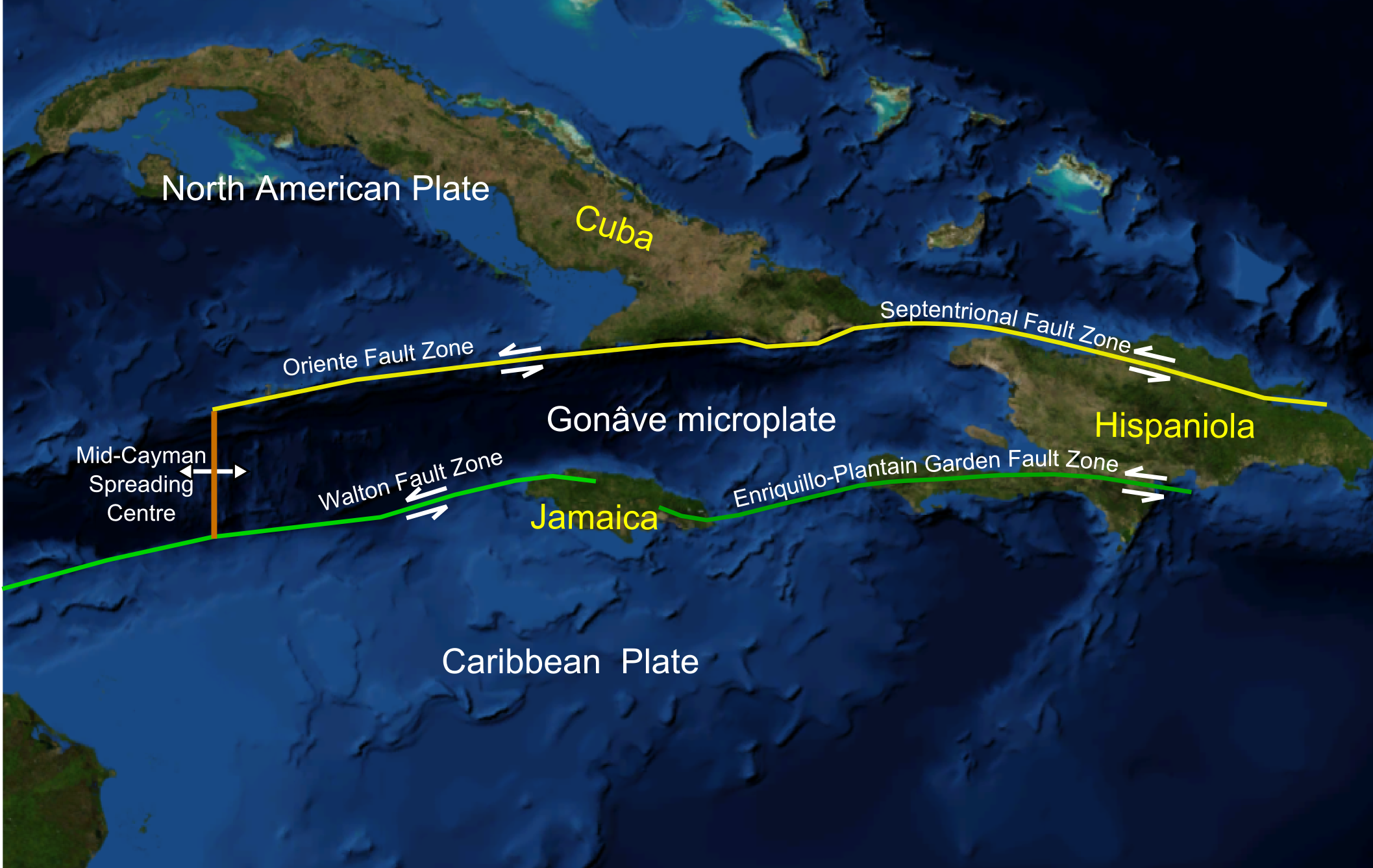 These is where Mid-Cayman Rise is located. Source: Wikimedia Commons

The research team analyzed hydrothermal fluid samples obtained by using remotely operated vehicles driving around on the bottom of the ocean to collect samples. Two research vessels were used in this exploration- Atlantis (2012) and Falkor (2013). Researchers obtained samples from two types of vents called black smokers and diffuse fluid flows at Piccard Hydrothermal Field. Black smokers are very high temperature vent fluids (up to 398 °C measured in this study) while diffuse fluid flows are formed when cold (~4 °C) seawater mixes with high temperature vent fluids. That’s why diffuse fluid flows have much lower temperatures than black smokers — between 44 °C and 149 °C in this study.

The most striking finding in this study is that hydrogen was being consumed in water samples obtained from diffuse fluid flows above a temperature of 122°C – a temperature considered too high for most Earth life. Until now, scientists who study hydrothermal vents thought that hydrogen was mainly consumed by bacteria or archaea. They had not generally considered non-biological processes in previous studies when calculating biologically usable chemical energy at the bottom of the ocean. Therefore, this research puts chemical reactions that don’t involve living things into the picture, and it is possible that this deep sea environment is driven by these reactions.

After the energy calculations for biology, scientists realized available biological energy that can be obtained by hydrogen consumption is reduced as much as 86% across the temperature range where biology can live due to depletion of available hydrogen by chemical reactions. Therefore, life living in the habitable zone near these vents is likely consuming other, more energy rich compounds according to that calculation. In other words, scientists showed that other kinds of metabolisms rather than hydrogen consumption might be more favorable in these sub-seafloor conditions.

This research improves our current understanding of life in this type of extreme environment. It re-frames what scientists previously pictured about how chemical processes can impact biological activity near hydrothermal vents. Therefore, these findings will help scientists to reconsider energy availability of biology in searching for life in extraterrestrial locations.

The study was funded by: National Aeronautics and Space Administration (NASA) Astrobiology program (Awards NNX09AB75G and 80NSSC19K1427 to C.R.G. and J.S.S.) and the NSF (Award OCE-1061863 to C.R.G. and J.S.S.). Ship and vehicle time for cruise FK008 was provided by the Schmidt Ocean Institute.