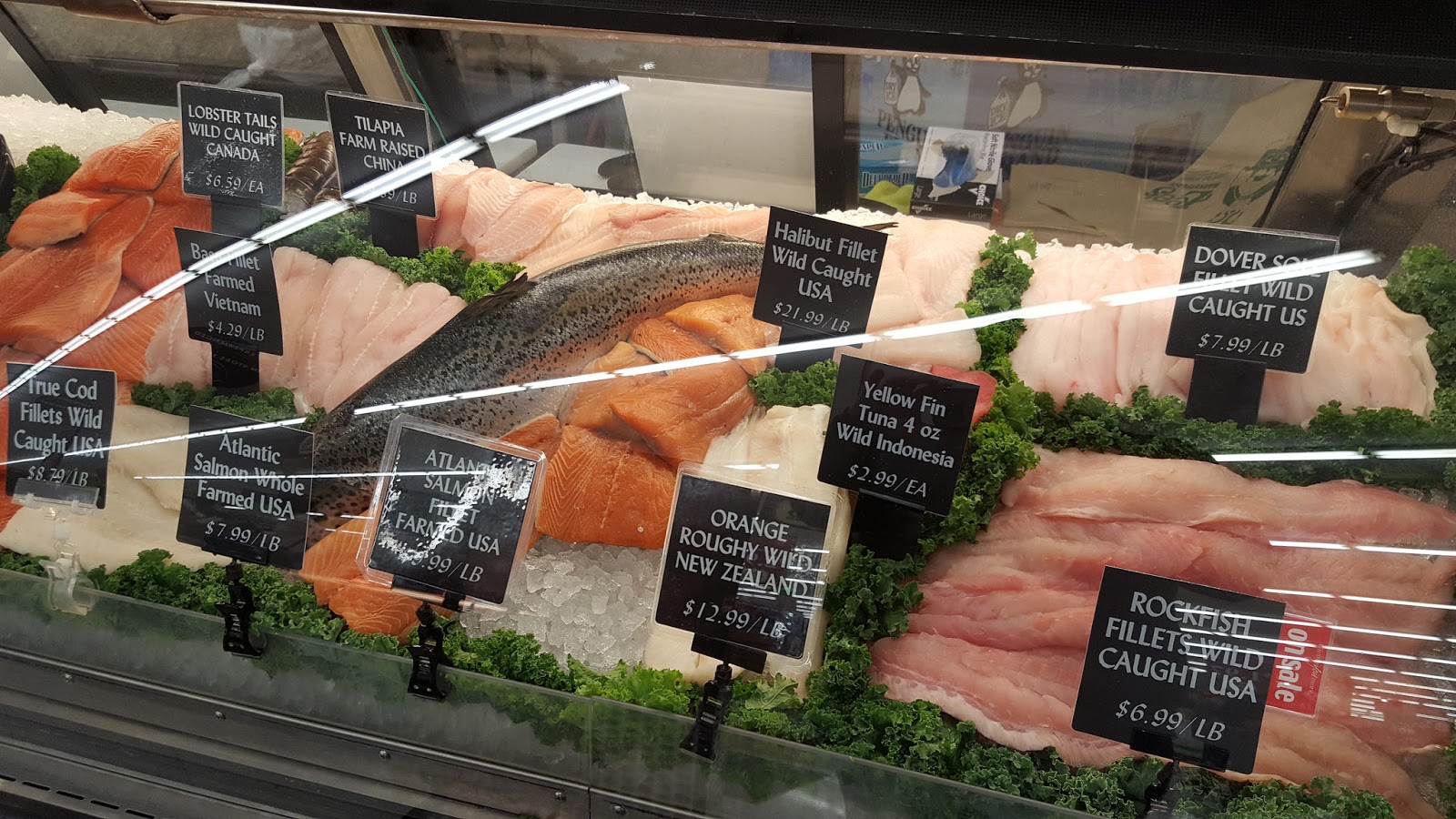 When faced with a supermarket of shelves and glass cases bursting with choices, how do you decide which fish to bring home for dinner? Companies choose what to include on their packaging based on their understanding of what’s important to consumers.  Nowadays, people place more importance on the ethics of food, so tracking consumer choices helps sellers decide which products and labels to focus on.

According to research by the University of Kassel in Germany, people can be separated into five main groups based on what’s important to them about a farmed fish product. Germany was chosen for this study because it has the largest food market in Europe. Researchers found  that the main drivers of choice are cost, country of origin, the way fish are raised, and sustainability labeling. The people chosen to participate in the study were asked about household income and size, age, education level, gender, how often they buy fish, and if they have ever bought farmed fish.

To figure out what made people choose a certain kind of fish, they showed them three smoked trout products labeled with information about what country it came from, the price, any sustainability or organic certifications, and how it was produced. They could also choose not to buy any of the three. The researchers also tested which type of sustainability labels are most important, such as “organic” versus “certified by the Aquaculture Stewardship Council”. The importance of word choice was also explored by using different wording that could mean the same thing: “from natural ponds,” “from sustainable production,” or “from aquaculture”. The researchers also tried to be realistic with prices. For example, they reflected the fact that Turkish or Polish fish tend to be cheaper than German or Danish fish.

Four groups were made up of people driven by the following factors: country of origin, sustainability, premium price, and low price, in order from largest to smallest. A fifth group was made up of average consumers who didn’t choose a “most important factor,” about 39% of those surveyed. In this group, researchers found that country of origin was most important to them, followed by price and production method. Twenty percent of the people surveyed made their decision based on which country the fish was grown in. The two groups of consumers driven by price either bought the cheapest or the most expensive fish.

The group that chose the most expensive fish, which made up 16% of the sample group, seemed to view price as a representation of quality. The people that chose the cheapest fish were the smallest group at 6%. The last group, the sustainability-driven group, made up 19% of the people surveyed. They preferred the organic label and the claims “from natural ponds” and “sustainably produced” and but didn’t like the claim “from aquaculture.” The country of origin was the first or second most important factor in every group except the low price group, and all groups preferred German or Danish fish. This means that country of origin should be the first piece of information a company thinks about if they want to appeal to the largest number of people buying farmed fish.

Understanding the driving force behind the decisions that shoppers make is highly valuable for companies. Companies are constantly trying to provide the information that consumers value most and also figure out how to best phrase their product information so that people notice and understand it. This kind of research gives insights into what kinds of labels companies should pursue and what market share they can expect if they do. Doing more of these studies in different countries would provide a more complete picture of global consumer trends. And since it seems a large portion of the market cares about local and sustainable food, shoppers can likely count on those options to become increasingly common.

Original study: Target groups for fish from aquaculture: Consumer segmentation based on sustainability attributes and country of origin

The study was done at: University of Kassel, Department of Food and Agricultural Marketing, Witzenhausen, Germany