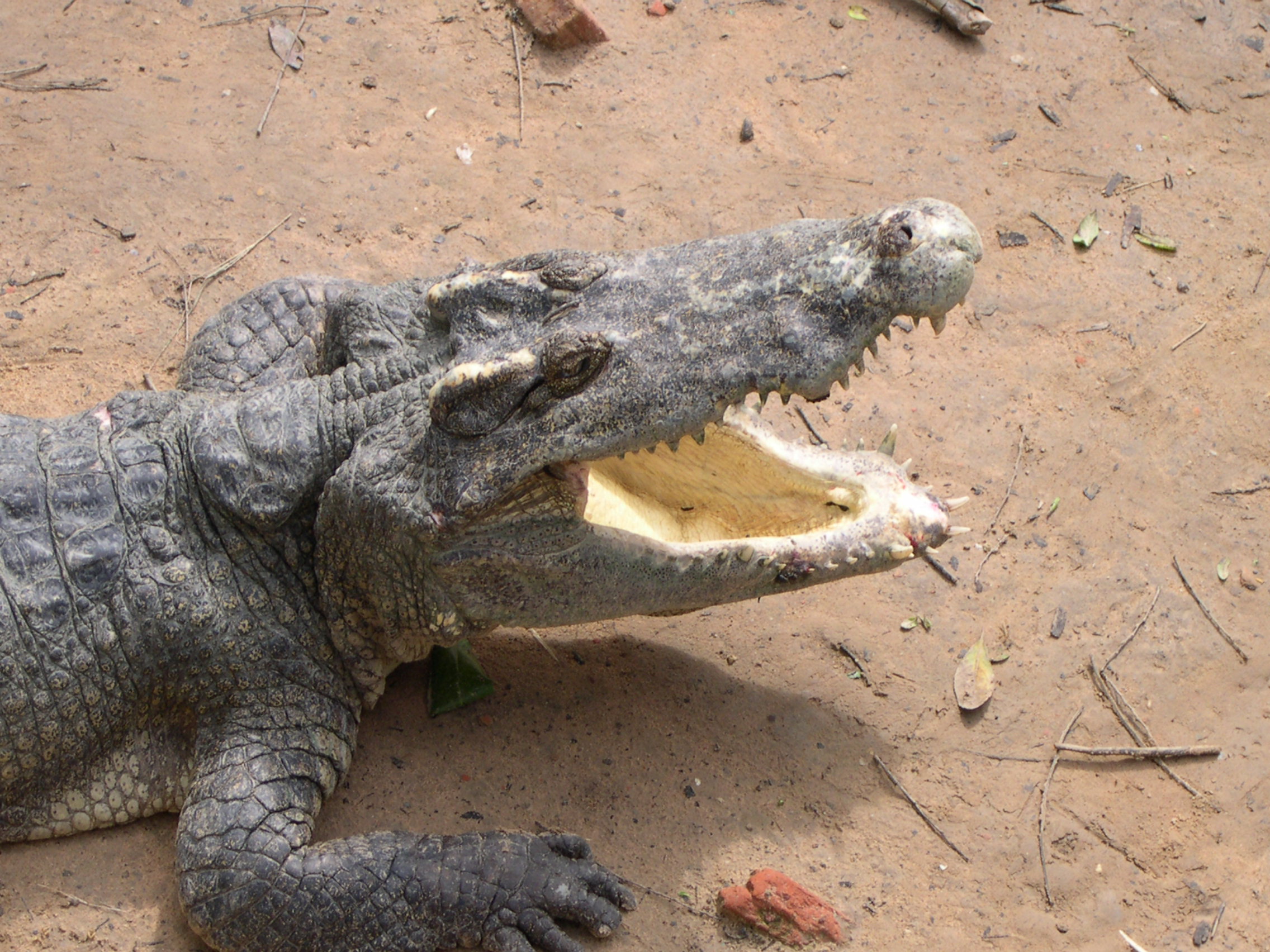 What comes to mind when you think of crocodiles? You might think of ancient reptiles, or “living fossils,” that have been around, little changed, since the time of dinosaurs. It is true that crocodile-like species (Pseudosuchia) have been around since the Early Triassic. In fact, they were once the dominant land animals before an extinction event at the end of the Triassic period paved the way for the dinosaurs.

However, these pseudosuchians are distant relatives of the 27 or more species of crocodylians alive today. Twelve or so of these species belong to a group commonly called the “true crocodiles” (i.e., the genus Crocodylus), which are found all around the world’s tropics. Given this circumtropical distribution and the long evolutionary history of crocodile-like ancestors it was assumed the true crocodiles were ancient species that attained their broad distribution via continental drift. However, detailed studies of fossils and preliminary DNA data suggested the genus might be too young for this explanation.

This discrepancy made me curious. How old are they? Where did they originate? How and when did they diversify and get to where they are today if not via continental drift? To answer these questions, I sequenced portions of their DNA and used the ages of fossils to estimate models of how their DNA changed along a time-calibrated tree of their phylogenetic relationships.

What I discovered is that all of the species of true crocodile we see today most likely shared a single common ancestor only 14 to 8 million years ago, and many of the species only appeared over the past few million years! This is interesting, because approximately 15 million years ago, the Earth began to cool, and crocodylians experienced the worst extinction event in their long evolutionary history. This means that crocodiles rapidly diversified and dispersed around the globe, crossing oceans multiple times, all during a recent period marked by dramatic extinctions of their crocodylian relatives.

How is this possible? It turns out these findings make sense in light of recent research into the physiology of crocodiles. True crocodiles possess a suite of characteristics that allow them to survive in saltwater for long periods and remain active at suboptimal temperatures. Equipped with these adaptations, their ancestors may have been able to disperse long distances at cooler temperatures, enabling them to find suitable habitat and survive on a cooling planet.

The next time you see a crocodile, remember, there is a good chance you are looking at species, a branch on the tree of life, that did not yet exist when your ancestors diverged from chimpanzees. So, who’s the “living fossil?”

Original study: A time-calibrated species tree of Crocodylia reveals a recent radiation of the true crocodiles.