On April 23rd, 2019, a fireball fell from the sky above Costa Rica. This fireball, later confirmed to be a meteorite, was named Aguas Zarcas (AZ) for the town near its fall. It would be the most significant meteorite of its kind to fall to Earth since 1969. Scientists sampled this meteorite to determine its “type.” Arizona State University’s meteorite curator Lawrence Garvie concluded that AZ was a carbonaceous meteorite. This is the same type as its more famous 1969 predecessor, the Murchison meteorite. With this classification, the 11 pounds of collected AZ meteorite soon became more valuable than gold.

Carbonaceous meteorites are special because they contain a large variety of extraterrestrial organic molecules and hydrated minerals. They formed during the earliest stages of our solar system, around 4.5 billion years ago. Some grains are even older than our sun. These meteorites provide a picture of the early solar system as well as the ancient Earth. Understanding the properties of these early ingredients on Earth, and in the solar system, may give clues to how and when life could have begun.

The Murchison meteorite of 1969 is still studied today and is a reference point for understanding our solar system’s early organic chemistry. In 1970, research scientist Keith Kvenvolden found amino acids in Murchison, providing strong evidence that amino acids could be delivered to Earth from space. Amino acids build proteins, and proteins are a critical component of life.

Local people saw the fall of Aguas Zarcas and collected the pieces quickly enough to limit Earthly contamination. Enough fell for laboratories all over the world to study it. Research scientists Sandra Pizzarello, Chris Yarnes, and George Cooper belonged to one of these groups. They received a small piece and split it into even smaller pieces to determine its different components. Cooper and Pizzarello used gas chromatography-mass spectroscopy (GCMS), and ion chromatography (IC). Both methods separate the different components of a sample and identify them by how they respond to light.

Glycerol is common in biology and also has many commercial uses. It can be found in sweeteners, medicines and more. Two sugars that are rare in biology, hydroxy methylglyceric acid and hydroxy methylglycerol, were also found. All of these compounds may have been built from smaller molecules in space. 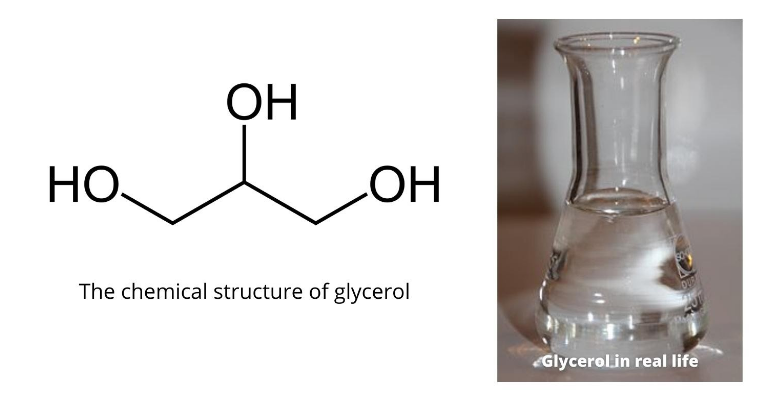 The organic molecules in the AZ meteorite had a larger amount of a “heavier” type of carbon called carbon-13 than is typical on Earth. On Earth, only about 1% of carbon is carbon-13, while the remaining 99% is carbon-12. The researchers surmised that AZ’s higher carbon-13 content is because it formed in very cold interstellar environments.

One difference between AZ and other carbonaceous meteorites is that AZ had little to no ammonia, amino acids, and amines. Based on this, scientists suspect that AZ had a unique formation history. Ammonia is volatile and is vaporized at higher temperatures. The absence of ammonia in AZ hints that it was exposed to variable temperatures. However, the sugars derivatives found are similar to other carbonaceous meteorites. These compounds may have formed on smaller rock grains before coming together into a larger meteorite.

The AZ meteorite, like other carbonaceous meteorites, contains molecules that are important in biology. Some are already common like glycerol. Some are “building blocks” for larger, more complex ingredients for life. Previous studies of carbonaceous meteorites like Murchison suggest that these organic compounds existed in our early solar system and possibly the ancient Earth. The findings of AZ further support that. Scientists hope to understand the chemical reactions that occurred billions of years ago between these compounds, and how that led to the origin of life.

Graphene was found in a meteorite! Observation of graphene in meteorites shows that graphene is not just an important material for engineering applications, but that it may also have broader significance in the cosmos as well.

The study was funded by: NASA Exobiology