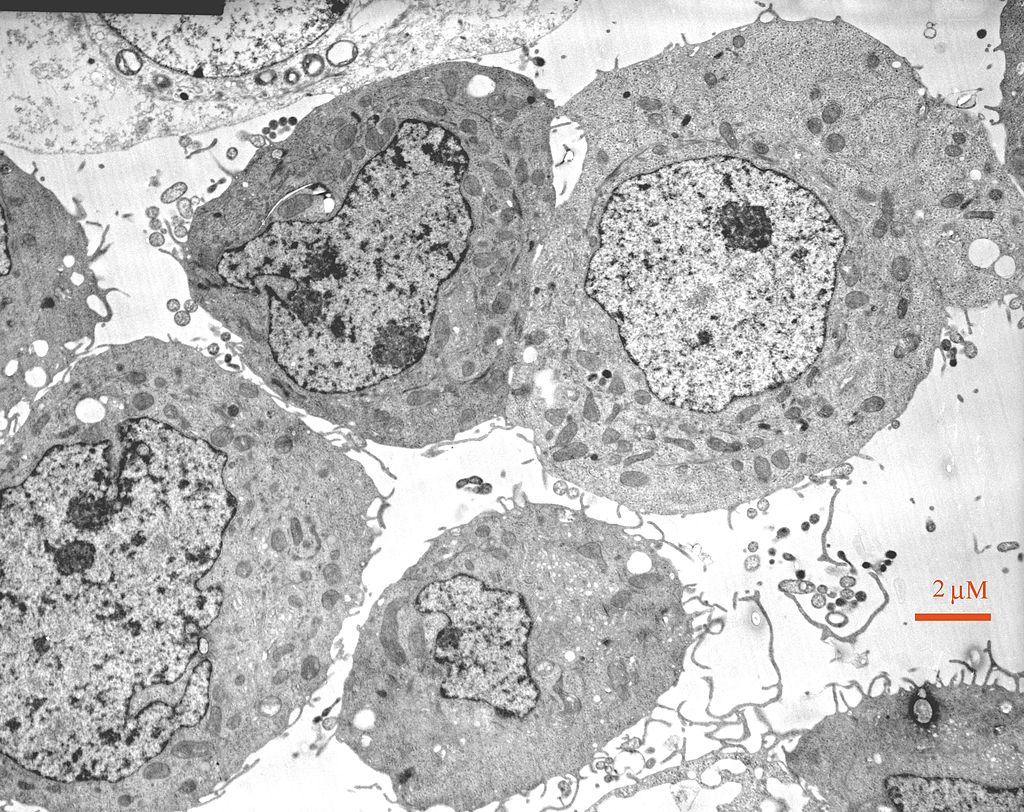 We’ve all heard of hunting for fossils to learn about the Earth’s past, but what if you wanted to learn about the microbes that lived thousands if not millions of years ago? It’s a little bit more of a complicated process made harder by the fact that microbes are so small and relatively fragile. The likelihood that they survive all the processes on Earth that erode and break things down is small, and as such, scientists have to look for creative ways to define where they were and weren’t. The number of microbes living in the Earth’s crust far outnumber the lifeforms above. To understand where and how they lived gives us better insight into how Earth as a system developed, and so it’s important to be able to identify fossilized microbes as part of Earth’s historical record.

This was precisely the task that scientists from Germany and Sweden sought to complete. As part of the Ocean Drilling Program, the researchers drilled deep into an area of the Mid-Atlantic Ridge, where the tectonic plates below the ocean spread, to retrieve rocks for study. The type of rock they sought, high in magnesium and iron and also called ultramafic rock, is important when studying modern day microbes in the seafloor. When water penetrates into this rock, a chemical reaction takes place that releases lots of heat, hydrogen, and methane. Those three things are essential for microbial communities to survive and flourish. Over time, the reaction, called serpentinization, can convert the rock from one type to another, trapping whatever organisms were living in that space over many years. Rock that has undergone this transformation has a very distinct look and chemical signature, and so this is where the scientists opted to begin their examination.

The first step was a visual examination of the rock, where they identified a mineral called aragonite, the tell-tale sign of the serpentinization reaction. This was covered with a brownish material that looked fibrous, and a closer look with an electron microscope showed very regular, branching filaments. This is a pattern that some microorganisms tend to organize in as they grow and divide their cells. Other researchers have shown that fossilized fungi exhibit similar patterns. Rocks and minerals, however, are known to create structures which could be confused with bacteria or fungi. So a second step needed to be taken to rule out the possibility that it’s naturally forming rock. To do this, two types of spectroscopy were used to figure out the chemistry of those formations. The first, energy dispersive x-ray spectroscopy, shoots a beam of x-rays at the sample, causing the atoms to get excited and give off a very characteristic energy signal, like a fingerprint for the elements in there. The second method, Raman spectroscopy, uses a laser beam that, when directed at the sample, causes it release or scatter light of different wavelengths. This can also be used as a fingerprinting method for different minerals. Using both methods, they found a distinction between the elements in the surrounding rock and the filamentous fossilized material. The filaments were enriched in elements that are important components of living cells such as manganese, nickel, iron and sulfur, which would not be present in the same organization or amounts in natural rock samples. Combined with the visually clear organization of cell-like structures, the scientists believe this to be good evidence that these are fossilized microbes, less than a million years old.

Just like digging deeper into rocks and finding dinosaur bones and seashells gives us a window into past life on Earth, digging into the ocean crust gives us a similar window. As technology and access to hard to reach places improves, we are better able to probe not just what sort of life existed on Earth in the past, but with our understanding of the chemistry of their fossils, we also better understand the kind of environment they lived in. The ability to extract even more information with creative use of present-day technology opens up the door to many more exciting findings about how life evolved on Earth. Just like rocks tell a story about how Earth formed in the solar system, those same rocks can inform us how microscopic life also developed, expanding our window into the past a little bit more and potentially paving the way for microbe fossil hunting on other planets.