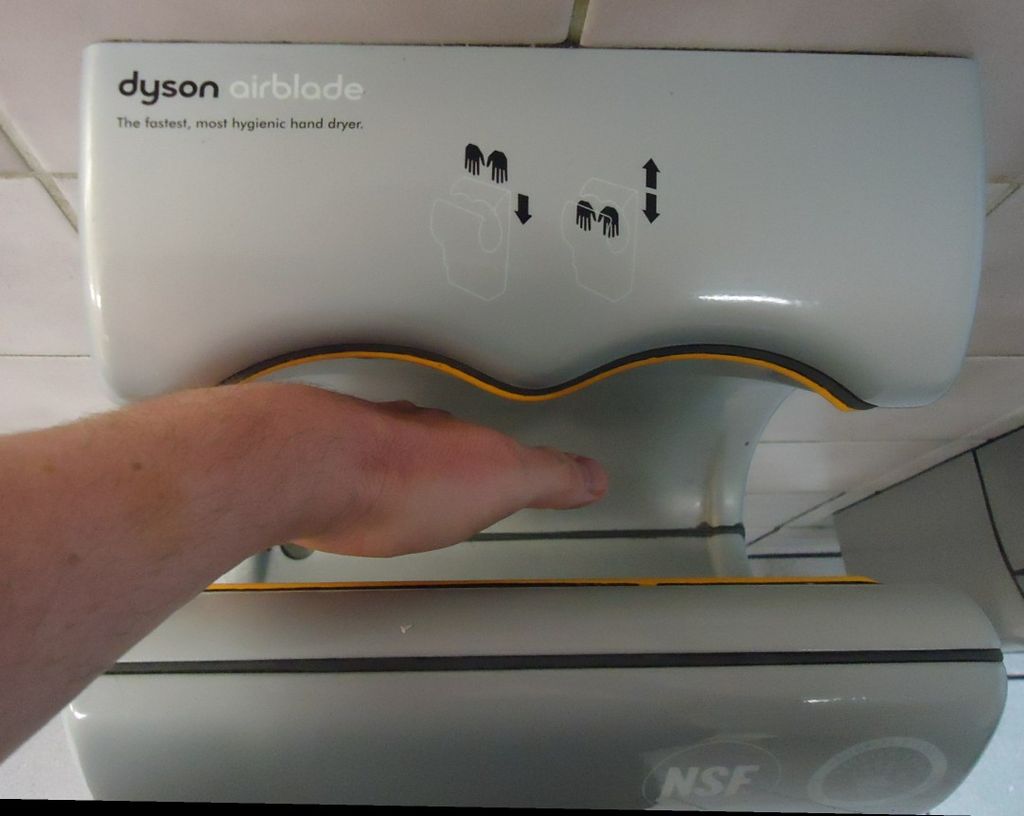 Believe it or not, electric hand dryers have been around since the 1920s. Companies raced to develop the best forced-air hand dryer to cut back on paper towel waste. However, scientists at the time remained skeptical if electric hand dryers really were the best idea. Today, there is a research effort to determine safety risks of electric hand dryers in public spaces. They may save paper and money, but are they hygenic? Hand-washing is one of humanity’s greatest public health achievements, and greatly reduces suffering from preventable infectious disease. So, it makes sense that researchers want to make sure that convenience isn’t coming at a cost to health.

Researchers at three separate hospitals in the United Kingdom, France, and Italy put this question to the test by sampling surfaces, dust, and air for bacteria in public restrooms using either paper towels or jet air dryers. The researchers swabbed surfaces such as sinks, counters, floors, doors, walls, and the outside of paper towel dispensers and dryers. Dust was vacuumed up and dissolved in a solution that supports the bacteria nutritionally until they can be analyzed. Air was precisely sampled using a device called a Coriolis air sampler. Check out this video to see it in action. Since bacterial cells are invisible to the naked eye – around 1/10 to 1/100 the diameter of a human hair — all of these samples were spread out on Petri dishes and grown so that the bacterial levels were high enough to be seen and counted. Later, they back-calculated to determine how many cells they started with on each surface!

To make a reliable comparison between hand drying methods, each restroom acted as its own control. This means the paper towels were removed from the bathroom so visitors had to use the air dryer. Then, after a “wash-out” period where normal bathroom use was resumed, the air dryer was disabled and visitors could only use paper towels. The amount of foot traffic in the bathroom was also measured, because bathrooms with more visitors will have more bacteria by nature. These control measures helped researchers make sure that they could truly compare paper towels to the hand dryers.

Across all three hospitals, bathrooms using the jet air dryers had much higher levels of bacteria compared to bathrooms with paper towels. But dividing the data up by location made things a little more complex. In France, the hand dryer bathrooms had more resistant Staphylococcus on the dispensers, air, and doors while more resistant intestinal bacteria were found in the sink and dust.

But, when paper towels were used, more Staph was found on the floor, sink, and dust and more intestinal bacteria was found on floors, sink and dispensers. A similar pattern was seen in the UK bathroom. It is possible that in jet dryer bathrooms, visitors may shake their hands off before using the dryer, depositing bacteria on counters and floors. Dryers then expel bacteria into the air during the drying process.

The researchers had far more data than presented here, such as differences between countries. For some reason, the UK had more bacteria overall than Italy or France, even when corrected for foot traffic. Italy had the lowest counts overall. However, this does not mean that UK bathrooms are less safe. The devil is in the details – total bacteria is not always an indicator of total harmful bacteria. Additionally, this was only one bathroom out of all of the hospitals in these countries. The objective here was to compare paper towels and hand dryers, and including widely different locations makes it more likely that general trends seen are real.

Some types of Staph infections, such as MRSA, are resistant to many common antibiotics. Clostridium difficile (known by hospital staff as “C. diff”) is another dangerous microbe that can cause chronic diarrhea in patients. Fortunately, C. diff was not found in any of the bathrooms. Identifying where in the bathroom potentially harmful bacteria hang out and whether the hand drying method matters is important for preventing the spread of disease in hospitals where patients’ immune defenses are lowered. The authors do not recommend electric hand dryers for health care settings and say that those in charge of designing hospital buildings should heed this warning.

Source: Environmental contamination by bacteria in hospital washrooms according to hand-drying method: a multi-centre study

Original study: Environmental contamination by bacteria in hospital washrooms according to hand-drying method: a multi-centre study

The study was done at: Microbiology at Leeds Teaching Hospitals (United Kingdom), CHU Saint Antoine, Assistance PubliqueeHoˆpitaux de Paris (France) and The Department of Medicine at University of Udine (Italy)