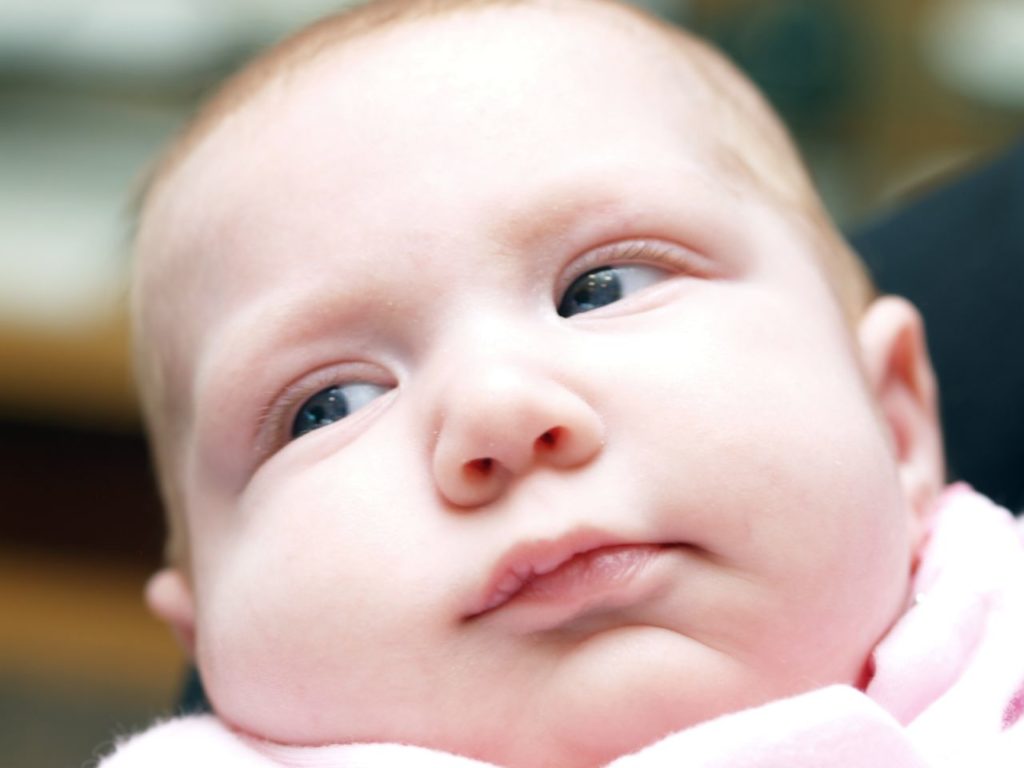 As infants, we absorb any information our surroundings have to offer, especially if other humans are involved. Infants can recognize their native language, the faces of their own species, and even the faces of their own race. It’s all part of how our brains learn to adapt to their individual environments. With this consistent information, we also learn how our families communicate and socialize. Whether we realize it or not, eye contact is an important part of nonverbal communication. It can tell us about a person’s mood, attention, confidence, or all of the above. Even though it’s a subtle social signal, human brains learn to recognize it pretty well.

Researchers at the Centre for Brain and Cognitive Development at the University of London wanted to test how early we’re able to recognize this social behavior. In this study, infants were tested on their ability to observe if a face’s eyes were facing toward them or away from them. One group of babies in the study had blind caregivers and the other group had caregivers with normal vision. The researchers wanted to measure if the infants with blind parents showed any difference in detecting eye contact. After all, if their caregivers never communicate with their eyes, it may have affected whether the infants learned to observe changes in eye gaze.

Infants sat in their parents’ laps in front of a screen for the study. Researchers placed a skullcap of brain sensors on the babies’ heads to measure brain activity during the test. First, the screen flashed a colorful picture to attract the babies’ attention. Next, a series of images with a girl’s face showed onscreen—her head stayed still while her eye gaze switched from forward, left, or right. Each gaze was shown for less than a second as researchers measured the babies’ brain responses. They also showed a scrambled face every once in a while to make sure the infants were detecting faces correctly. The goal was to stimulate certain areas of the brain involved in face perception.

They gathered the data and removed flawed tests, which included instances when the babies stopped paying attention or blinked during the test. They then analyzed the numbers generated by the brain sensors. Based on the brain responses, both infant groups seemed to detect an unmoving face normally and didn’t respond to a scrambled face. Differences between the two groups only began when the face’s eyes shifted.

When the face stared at the babies directly, the infants with normal-sighted parents had a different brain response compared to when the face looked away. This meant their brains could recognize eye contact. Meanwhile, the infants with blind parents were less responsive to loss of eye contact. When the face’s eyes looked away, their brains responded the same as they did when the eyes faced toward them. Their brains weren’t well-adapted to detecting eye contact because their parents don’t communicate to them with their eyes.

A lowered response to eye contact isn’t always because parents don’t give cues. Sometimes, it could be a sign of developmental disorders like autism. Therefore, disorders like these were ruled out at a later time with diagnostic tests. Also, the groups compared in this study were not the same size. 14 infants had blind parents, but 46 infants had sighted parents. A sample size of 14 is also small, statistically speaking, so extra analyses needed to be done to correct for that. By nature, these mathematical corrections increase uncertainty, even though it did not change the overall conclusion. It’s also important to note the babies with blind parents showed a normal level of general development and social communication overall. Researchers encourage that longer studies with bigger sample sizes should be done in the future.

So what does all this mean for our social skills? The scientists concluded that even nonverbal communication affects our brain development at a really early time in our lives. As infants, our brains adapt to the environment we’re given. It highlights how flexible our developing brains are when it comes to learning about the world around us. It also shows that exposure to people isn’t enough. An interactive experience—making eye contact with babies, talking to them, listening to them—may be the main contributor to their social brain development. Even if they can’t always match our communication skills, babies are indeed social beings!