In 1992, the discovery of planets outside of our solar system, called exoplanets, rocked the astronomy community and forever changed humanity’s search for life outside of Earth. With over four-thousand exoplanets found to date, scientists are challenged with determining which exoplanets could host life. Some planets are at a certain distance away from their star that allows them to potentially have liquid water, which is a key for life here on Earth. This distance is known as the habitable zone, and is used to help answer whether an exoplanet could support life.

The habitable zone can be relatively close to the central star in order for the planets to be warm enough for liquid water. But, as avid sunscreen-wearers know, stars produce radiation that can be harmful. This radiation is much higher during times when the star’s surface is particularly active, known as solar events. Dr. Atri, a researcher from the New York University Abu Dhabi, was curious to find out how radiation during solar events could affect life on exoplanets in habitable zones. Other studies have previously shown that radiation can affect other conditions on a planet that are necessary for life – such as the atmosphere. However, Atri wanted to figure out how much radiation could pass through the atmosphere, reaching life forms on the surface. 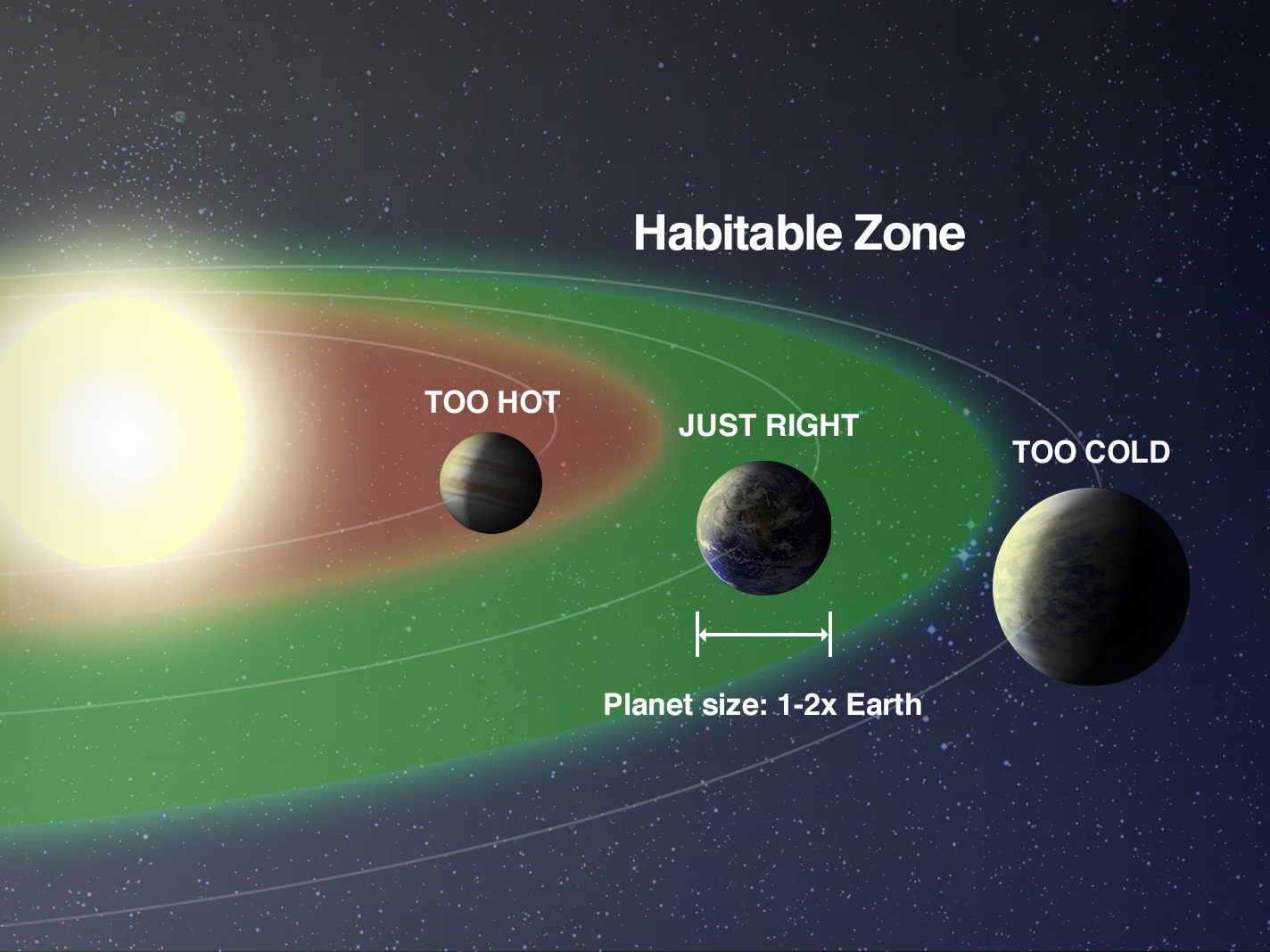 This is the idea behind the habitable zone concept, sometimes called “The Goldilocks Zone” because it’s “just right” for liquid water. Source: NASA

Since the nearest exoplanets are 4.2 light years away, and many are much further, humans cannot yet directly measure, through instruments, how much radiation reaches the surface. So Dr. Atri decided to create a computer model to show how radiation interacts with different atmospheric thicknesses. Using a program developed by CERN, The European Organization for Nuclear Research in Switzerland, and observations of radiation from the Sun, they developed a model that shows how particles travel through atmospheres and reach planetary surfaces. More generally, the model allows for other scientists to predict radiation doses for different types of planets using the distance from the central star, radiation amounts from solar events, and atmospheric densities. To make sure that the model was accurate, Dr. Atri looked at radiation data from Mars and compared it to what his model predicted.

Using his model, Dr. Atri showed that planets around the same distance as Earth is from the Sun do not receive high levels of radiation. Additionally, some planets around stars that are younger and spin faster than our Sun are exposed to high amounts of radiation. This is because young, fast-spinning stars have solar events about one-hundred times more frequently than our Sun, which means that their planets would likely only have life that is very resistant to radiation. The model also found that the density of the atmosphere can largely affect the radiation dose because of its shielding ability, and that the magnetic field around a planet is important for radiation dose, but not as important as the atmosphere.

Although Atri’s model showed that radiation can have an effect on the habitability of exoplanets, its estimates of how much radiation reaches exoplanets can still be improved through a better understanding of radiation from solar events and how frequently they occur. As Dr. Atri concluded, “space weather can have a profound impact on planetary surfaces and, as we have shown, has the potential to disrupt hospitable conditions” on rocky exoplanets, meaning that radiation affects planets and whether they can host life.

The Sun is Hiding Extra Light and Energy from Us! Scientists discover the Sun has higher opacity than existing model’s predicted.

Why is the Sun Yellow? Red dwarf stars are much more common, so are we a fluke?

Seven Earth-sized Planets Found Three of these planets found are in the habitable zone of a star about 40 light years away from Earth.