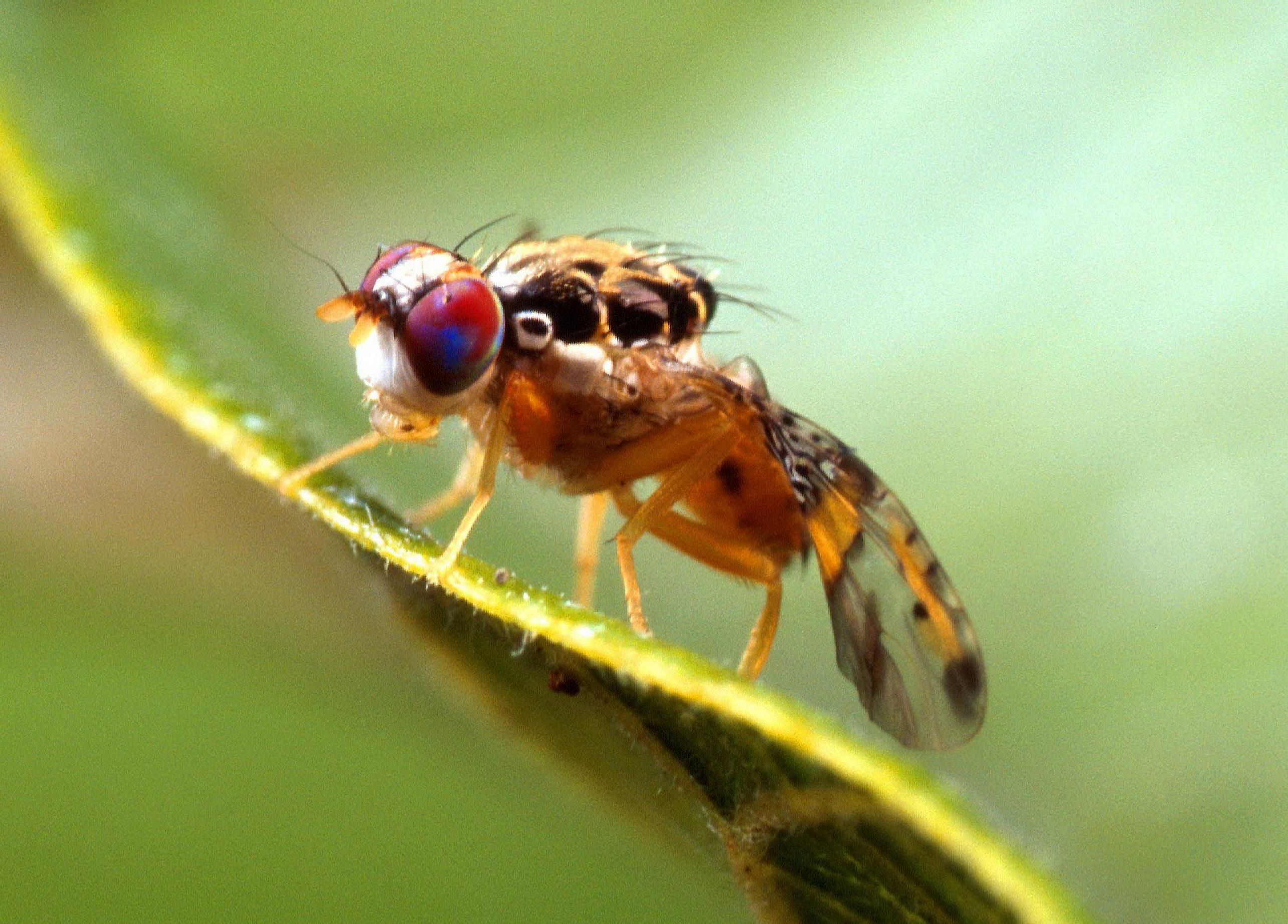 Scientists have long puzzled over the genetic differences between fruit flies that live hardly a puddle jump apart in a natural environment known as “Evolution Canyon” in Mount Carmel, Israel.

Now, an international team of researchers led by scientists with the Virginia Bioinformatics Institute at Virginia Tech has peered into the DNA of these closely related flies to discover how these animals have been able to adapt and survive in such close, but extremely different, ecologies.

One reason lies in a startling abundance of repetitive DNA elements that, until recently, were considered little more than unused letters in a word game. The explanation will be published this week in the Proceedings of the National Academy of Sciences.

“We’ve come to understand that not all repeat sequences are junk DNA,” said Pawel Michalak, an associate professor at the Virginia Bioinformatics Institute. “These repetitive sequences are increasingly being recognized as agents of adaptive change. We discovered a larger than expected amount of genetic variation in these repeating sequences between the fly populations and saw that the variation resulted in potentially functional differences in important biological processes, such as stress resistance and mating.”

Even with migration, cross-breeding, and near-extinction of whole populations, the environment is the driving force in the fruit-fly gene pool in Evolution Canyon.

The two slopes of the canyon are about two football fields apart at their bases — between 100 meters and 400 meters — but the south-facing slope is tropical and may receive eight times as much sun, while the north-facing slope is darker, more like a European forest.

Animals genetically adapt depending on whether they live on the drier, hotter side of the canyon, or the more humid, cooler side.

Researchers extracted DNA from flies collected in the canyon, then identified and mapped repeating patterns of what genomics researchers call “transposable elements” — DNA sequences capable of spontaneously changing position within the genome.

The scientists discovered flies taken from the opposing sides of the canyon displayed a significant difference in the contents and distribution of mobile elements.

The biological roles of these place-jumping, repetitive elements are mysterious.

They are largely viewed as “genomic parasites,” but in this study, researchers found the mobile DNA can provide genetic novelties recruited as certain population-unique, functional enrichments that are nonrandom and purposeful.

“The first shocker was the sheer volume of genetic variation due to the dynamics of mobile elements, including coding and regulatory genomic regions, and the second was amount of population-specific insertions of transposable DNA elements,” Michalak said. “Roughly 50 percent of the insertions were population unique.”

More than 65 percent of disease-causing genes in humans are believed to have functional counterparts in the fly, including many genes involved in certain cancers, Alzheimer’s and Parkinson’s diseases, heart disease, and other medical conditions.

The discovery adds to current understanding of the biodiversity and ability of a species to adapt to rapidly changing climates and other environmental conditions.

The research was conducted by scientists with the Virginia Bioinformatics Institute, the departments of Biological Sciences and of Fish and Wildlife Conservation at Virginia Tech, Memorial Sloan-Kettering Cancer Center, and the Institute of Evolution at Haifa University, Israel.

How Humans Can Influence Evolution of Other Species Scientists recently published an analysis of how humans affect evolution, and why we should care