When it comes to the origin of life, we have to ask ourselves if life originated on Earth or if it could be extraterrestrial. Scientists have found what could be the basis of new technologies that will help us answer this question. Since we can’t get to Mars yet, scientists are first testing this new technology on the International Space Station.

Organic compounds are molecules that make up living things on Earth – carbohydrates, fats, proteins, DNA, phytochemicals, vitamins, methane, and more. But how did we get organic compounds to begin with? They may have formed here on Earth, or could have been delivered by comets and dust particles from outer space. The hypothesis that organic compounds and the beginnings of life came from other bodies in the solar system is known as panspermia.

During the formation of the solar system, the Moon and Earth would have been bombarded with other forming planets and asteroids. So even though the Moon is inhospitable for life today, there may have been a transfer of microbial life from these asteroids and plants to the Moon during this time. But if microbial life ever landed on the Moon, what clues could we look for?

To identify such evidence, scientists need to develop life detection techniques. These techniques can focus on the direct detection of living things, or indirectly by using something known as a biomarker. In 2014, researchers conducted an experiment on the International Space Station (along with simulated space environments on Earth) for more than 600 days to understand how biomarkers are affected by extraterrestrial conditions such as the vacuum of space, extreme temperatures and ionizing radiation. 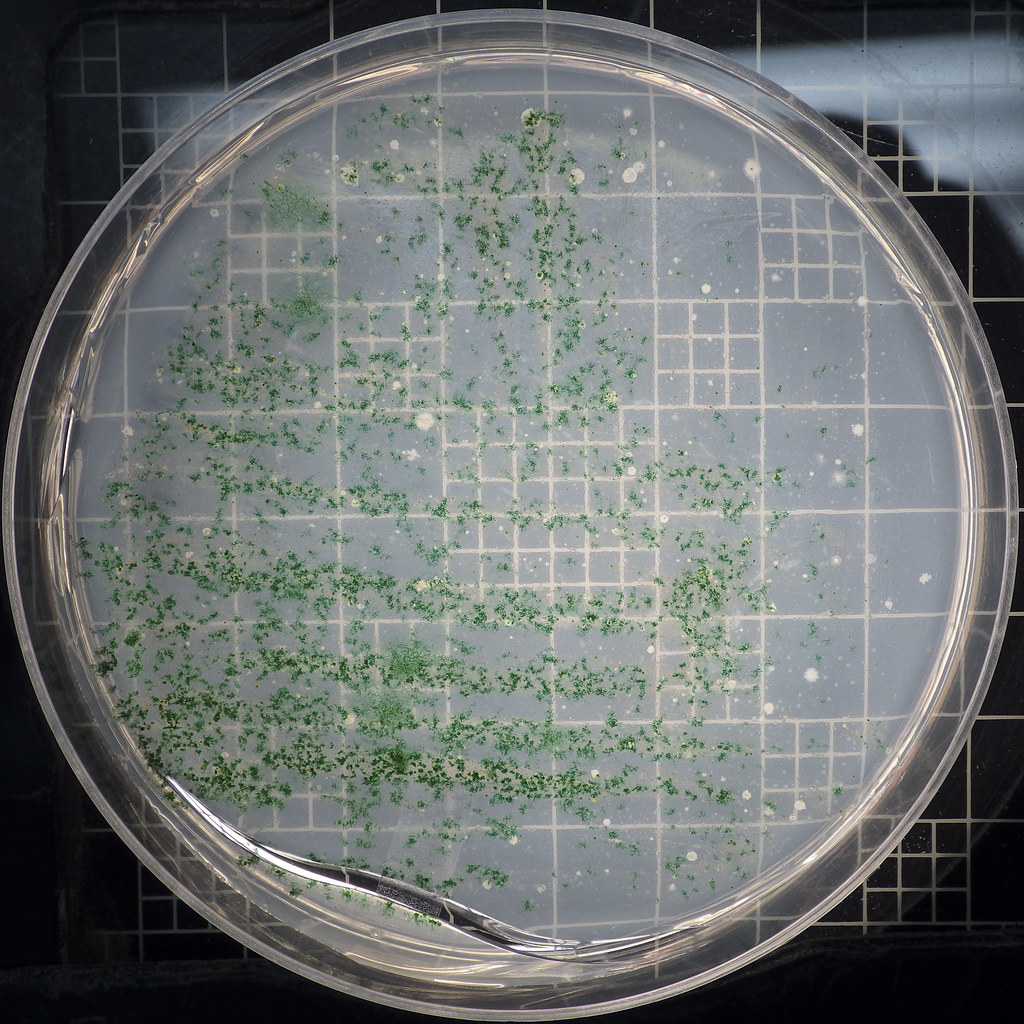 These experiments, called the BIOlogy and Mars EXperiment (BIOMEX) project, used Chroococcidiopsis sp., a rock-inhabiting microorganism found in sandstone from the Negev Desert. Why? This organism is able to tolerate those extreme conditions.

The scientists also wanted to know if DNA, the molecule that stores genetic information, could still be used as a biomarker for the group of cells that did not survive. After all, we want to be able to detect past life as well as present life. They used a technique known as PCR, or Polymerase Chain Reaction, which makes many copies of the DNA in a sample so it is easier to study. The researchers found that the bacterial DNA withstood high levels of ionizing radiation, and in even greater amounts than what the moon is exposed to. 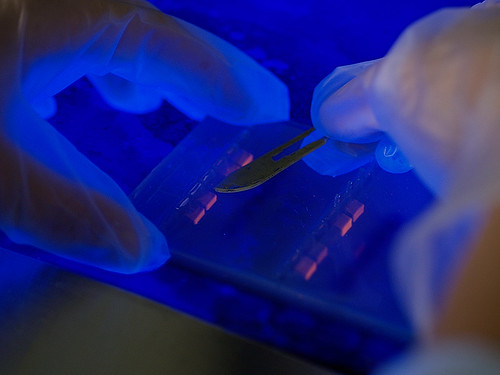 This is what DNA looks like in a “gel” — after it has been copied, this is how scientists are able to see it. They cut it out of the gel and purify it. Source: “DNA bands” by source is licensed under CC BY-NC-SA 2.0

They also noticed that the PCR technique made copies of mostly short sequences.  This is because extreme radiation breaks the DNA strands, leaving fewer longer strands than shorter ones. This discovery could mean that we could detect DNA from these types of bacteria for thousands of years after the microorganism has died.

Studies like these help scientists develop techniques for identifying life, extinct or not, on the lunar surface. This can help us determine if panspermia was possible or not. The researchers do not disregard other applications, such as establishing the basis for the determination of cross contamination in future space missions.

Algae in space teaches us how life responds to harsh environments A species of blue-green algae that can live in rocks could resist radiation and extreme space weather, and returned to Earth still viable!

Original study: Exposure to low Earth orbit of an extreme-tolerant cyanobacterium as a contribution to lunar astrobiology activities