Professor Noshir Contractor knows how to help you get along better with your coworkers. He studies the interpersonal dynamics of crews in extreme environments – think extreme as in a 3-year mission to Mars. Contractor chaired a session entitled “Pairing Teams for, and (Re)pairing Teams during Long-Duration Space Exploration” during the American Association for the Advancement of Science (AAAS) annual meeting on teamwork during long duration space exploration. For all his rigorous computational social science research, you may find his results intuitive – conflict is unavoidable. Crew members cramped into a tiny space for that long will get stressed and even fight with one another. There is good news. Conflict is also predictable and manageable.

The real prize is not preventing any conflict, but repairing it. Quite literally – re-pairing. Adaptive scheduling repairs the health of the team by re-pairing which team members work together. Contractor recommends the following redress for interpersonal tension: (1) enact a cooling off period without contact, (2) bond over a shared task with a high likelihood of success, or (3) triangulate the conflict by bringing in a mutually respected 3rd party.

Contractor is quick to note the healthy role of conflict within a team. Sometimes the friction in a system exposes inefficiencies and leads to the re-design of a better system. Interpersonal friction can be growing pains that guides the team away from eroding stress and towards functional teamwork. The next generation of astronauts will depend on one another more than ever before. Imagine you and five other people must rely on each other for professional, personal, and medical support for 3 years. Due to how long it takes for data to travel between the spacecraft and Earth, there is no live-streaming to social media or Zoom calls with family.

The first NASA astronauts were selected as individuals and not a member of a crew. The Mercury 7 had the “right stuff” for a solo mission to space. Based on the success of Project Mercury, missions became more ambitious and required a cooperating team. The qualifications to be an astronaut changed from superhuman automaton to capable team player. 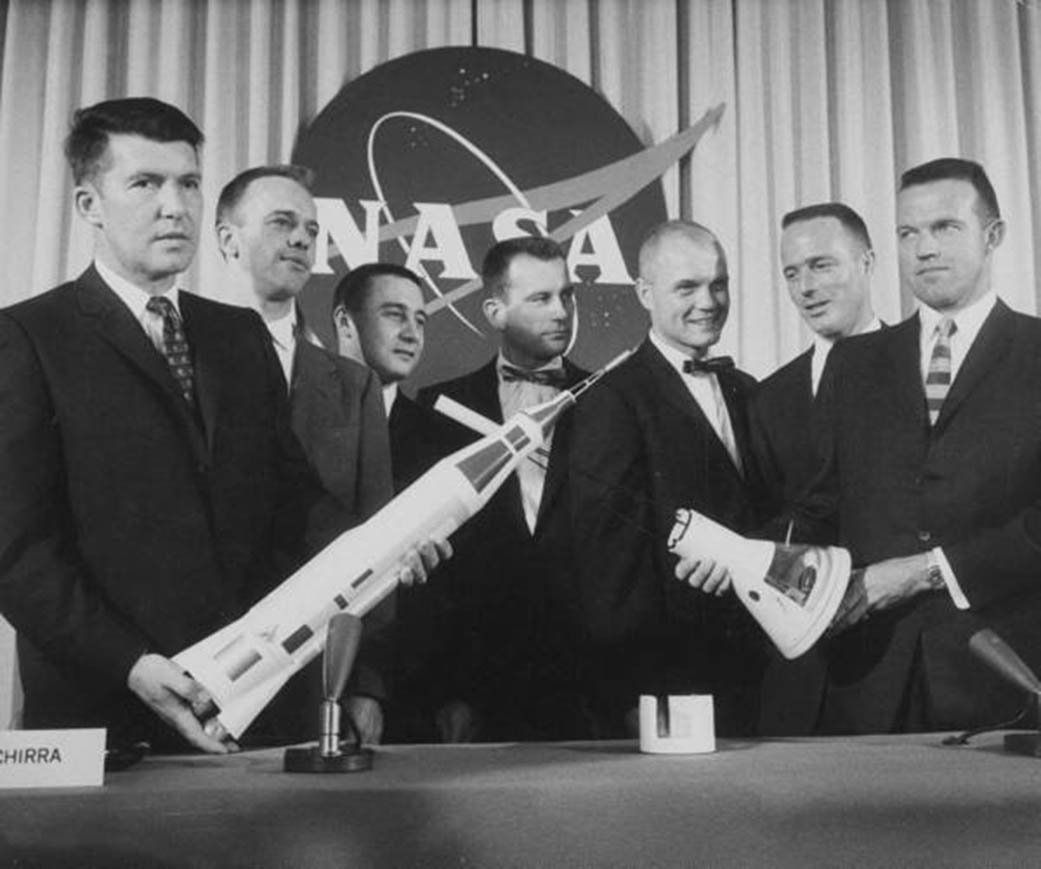 Spacecraft of the future may automate Contractor’s rules of conflict resolution by integrating the mission’s scheduler with real-world measurements. Sensors, databases, and machine learning are maturing as technologies and could soon calculate crew health with a quantifiable value that can be digitally passed to intelligent systems for decision making.

A measurement-based understanding of crew health can identify anomalies in crew behavior. This “conflict predictor” flags interpersonal frustration for de-escalation. Crew members will be assigned to tasks by taking into account their health as well as science objectives and equipment status to better balance what the person can do with the stated goals of the mission. Automated tasks save crew time on repetitive tasks and can be programmed based on the best science available. All discussions of privacy will be left for another time.

For now, the art and science of balancing reality with goals happens in mission control. Ground control is the authority for operations aboard the spacecraft. They also protect the astronaut’s time and cognitive bandwidth by managing logistics. Mission control plays a part in managing team tension.

One time, a particular mission control team indirectly helped diffuse a frustrated crew when it became it’s common enemy. A near 24-hour a day work schedule drove the SkyLab4 crew to frustration. They declared a vacation and stopped communicating with Earth for one day of protest 6 weeks into the 12 weeks mission. Fatigue and stress could have made the astronauts depressed or fight amongst themselves. Instead, they rallied together, bonded as a team with a common annoyance, and achieved the mission objectives. In response, NASA started adding flexibility and more downtime into the astronaut’s schedule.

Missions to the moon and International Space Station are close enough to Earth for near real-time communication. However, missions farther than the moon will experience a lag in communication. The role of administrator, peace-keeper, and common target will shift from Earth to within the 6-person crew. The communication lag splits the command center into a distributed network shared between Earth and the crew. The brain becomes decentralized, like an octopus or the block-chain.

Contractor’s active research project studies also include studying the effect of crew members on productivity. How does an odd or even number of members affect crew dynamics? Does adding members increase productivity or promote laziness? Like many NASA sponsored research projects, this research benefits life on Earth as it moves us closer to interplanetary habitation — one team at a time.

Building a better spacesuit for a trip to Mars An intra-vehicular space suit and a storm shelter will help protect astronauts from radiation during a trip to Mars. Infusing the suit material with graphene fibers improves shielding.

How does the human body react to being in space? A study of twin astronauts Scott and Mark Kelly suggest long duration spaceflight alters genes, body functions, and mental well-being in astronauts.

Long Space Flights Cause Fluid Build-up in the Brain On Earth, gravity moves the fluids in our body downward from our head to our feet. But, the lack of gravity in space can cause an increased fluid build-up in our head. Scientists have found that spending a long time in space expands the size and volume of fluid in the brain, leading to long-term health problems.

Can Science Help You Become the Ultimate Cook? A new way of analyzing flavors adds a new principle to cooking

Original study: Team performance in space crews: Houston, we have a teamwork problem

The study was done at: Northwestern University, DePaul University

The study was funded by: NASA