Image Credit: The Large Hadron Collider at CERN, Photo by Jim Downing, is licensed under CC BY-SA 2.0
By Satyam Tiwari

Altruism, in principle, is selfless action for the well-being of others. Altruism may help us achieve our space exploration goals. Space agencies like NASA, SpaceX, and ESA  are funding new projects to commercialize asteroids, the Moon, and Mars. These projects could deliver economic  as well as scientific benefits to space corporations. Such scientific gains could help humans to boost their existing knowledge before turning them into an interplanetary species. Interplanetary species are those species that can travel and settle between planets.

For such an interplanetary species, Dr. Jacob Haqq-Misra says in his paper “Can Deep Altruism Sustain Space Settlement?,”  a new code of ethics needs to be developed among them. The initiative of commercializing the Moon, Mars, or any other space settlement can only benefit humanity if there is continuous collaboration and communication of values between generations.

One way of preserving & communicating values between generations is a time capsule. A time capsule is used to preserve and protect values, culture, and information from a particular period of time and then communicate it to future generations. An example of the time capsule is Century Safe from 1876. It stored items like the golden pen, inkstand, collection of American signatures, and snapshots of U.S president Ulysses S. Grant to preserve the cultural values of the 19th century until it was finally opened in July of 1976. Such a project needs generations to work together continuously over a long period of time, for instance, hundreds or thousands of years.

Philosophers use a so-called value theory method to compare the importance of values offered by different projects. Value is a measure of benefits, quality, and worthiness of a project. There are several types of values projects can have. In general, cultural values are aesthetic and cultural details like traditions, religious beliefs, social standards, architectural design, and laws of society. A structural value is concerned with protecting engineering structures like buildings, mechanical components, and machines. Both the cultural values and structural values preserve the integrity of the original project by communicating its importance to future generations. In contrast, unlike cultural and structural values, information value increases the knowledge of future generations to provide them a solution for upcoming projects of Astronomy, Physics, and Material science. 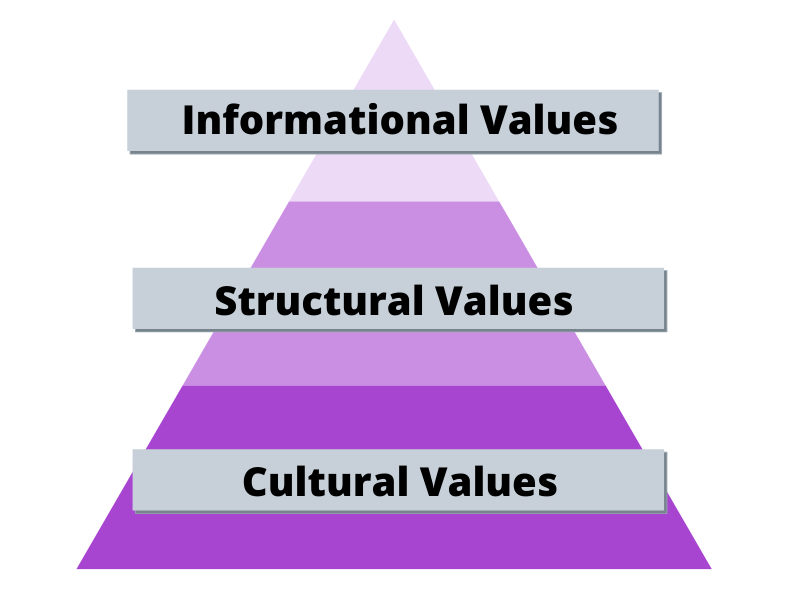 The importance of different types of values projects can have, according to “value theory.” Image by: Sciworthy, CC BY 4.0

The Large Hadron Collider at CERN is an example of a generational project. Julian Herzog (Website) / CC BY-SA

According to Haqq-Misra, informational values, unlike the cultural and structural values, could allow future generations to develop new techniques and solutions for advancing space settlement. Whereas, cultural and structural values only allow future generations to preserve information over a long time scale.  Such informational values may not only motivate scientists to carry out space settlements across many generations, but may also help them develop new solutions to problems present  in it.

Therefore, before initiating an altruistic act, an originator must be motivated to solve problems that hurt  human civilization’s progress . With strong ambition and charitable intentions, the originator must establish a long-term funding source. An originator may ensure continuous funding either by sharing part of his or her wealth, or from stable crowd-source funding over a long time.

For example, Jeff Bezos has funded the Long Now Foundation in San Francisco, CA to keep time for the next 10,000 years by constructing The Clock of Long Now, located in Texas. Elon Musk has already drafted a rough plan to colonize 1 million people on Mars with his SpaceX enterprise. Such ambition can’t turn into reality until there is continuous funding and collaboration between successive generations over a long time. While commercial interest might drive space settlement, the motivation which can make space settlement possible is altruism.

Is humanity ready to live in space? To live in space, we will need inter-generational cooperation to pull it off, and perhaps a sense of altruism for the future. We may be up to the technical challenge, but what about the sociopolitical challenges?